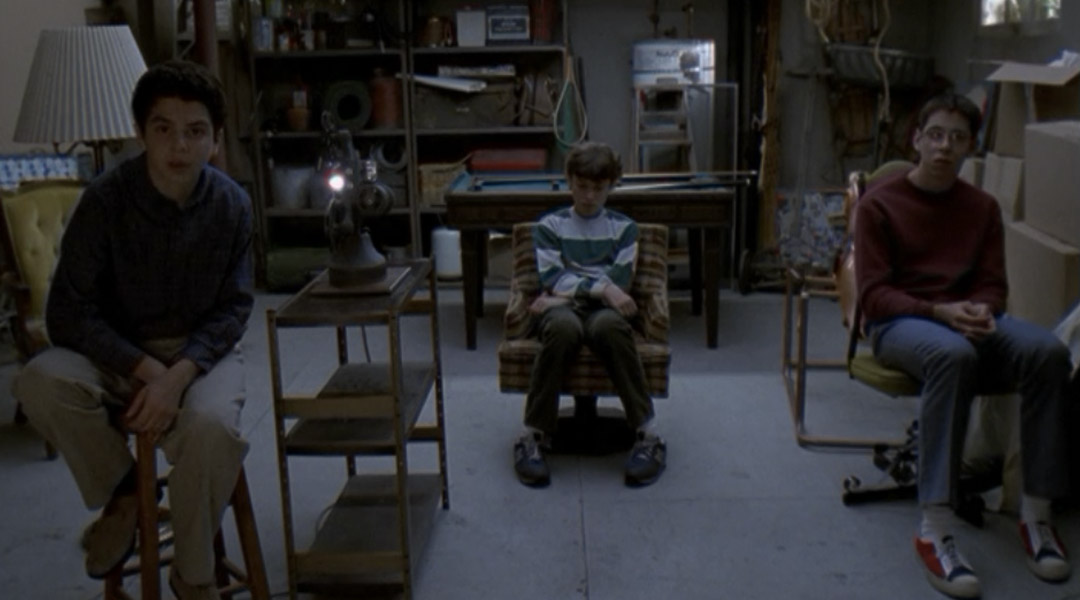 Bill: What the hell is that?
Neal: You think she’s single?
Bill: Looks like it’s from outer space.
Sam: Shut up.
Coach Fredricks: Weir! Do you have something to say?
Sam: No, sir.
Coach Fredricks: When you get the clap because you weren’t paying attention in health class is that going to be funny too?

Harris: Love is like homework. You’ve gotta study if you want an A.

Daniel: These types of books just make me think of all the crap that can go wrong inside of you. Why are you reading this?
Sam: I’m taking sex ed with Mr. Fredricks. He embarrassed me in front of the whole class just ’cause I’m a little bit behind when it comes to that sort of stuff.
Daniel: Yeah. I know how that goes.
Sam: You do?
Daniel: You know, you’re not going to learn anything useful from a book like that.
Sam: No?
Daniel: No. I’ll tell you what, I’ll find you at school tomorrow. I’ll set you up.
Sam: With what?
Daniel: Don’t worry. It’s cool.

Kowchevski: I know Daniel is cute with his bedroom eyes and his stringy hair, but he’s a loser. And losers pull down winners. Now, you’re a smart girl. Don’t let your hormones get in the way.

Mr. Weir: She’s hanging with the wrong crowd. They’re lying and cheating and next thing you know she’s Patty Hearst and she’s got a gun to our heads!

Coach Fredricks: When I was going through these questions I was a little disturbed by yours.
Sam: How’d you know it was mine? I thought, I thought it was anonymous.
Coach Fredricks: You were the only one with Star Trek notebook paper.

Mr. Kowchevski: I have the algebra test that Daniel took. If he can do the first problem, I will not only get down on my hands and knees and beg everyone in this room for forgiveness, but I’ll quit. I will resign. I will never teach again.
Mr. Weir: That’d be a start.