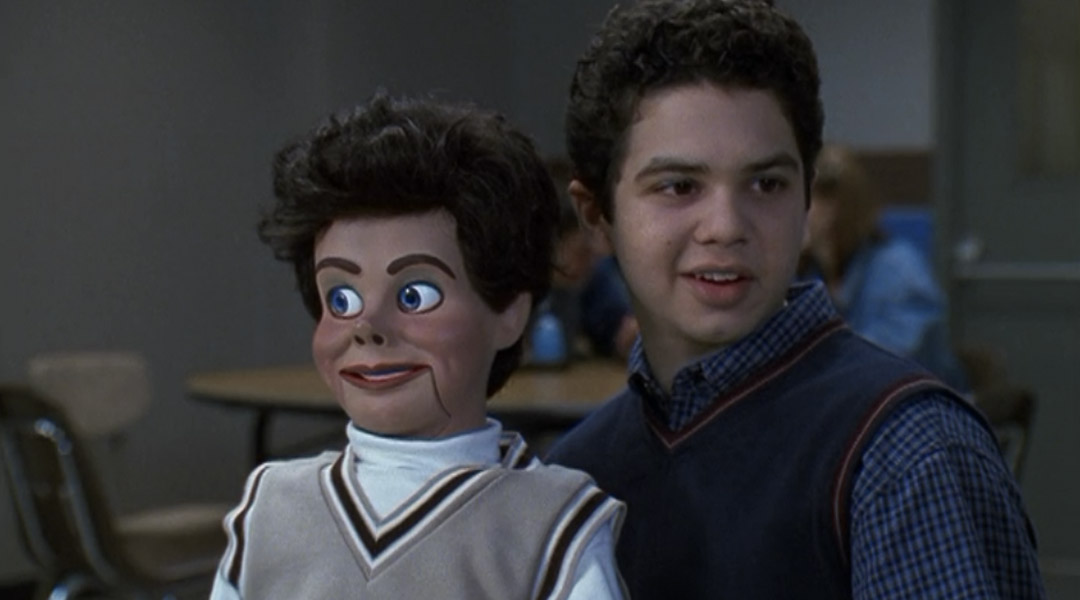 Sam: Bill, that is not sexy.
Bill: Yes it is!
Neal: Bill, it look like you’re having a seizure.

Bill: Sam, come on. Shake it, you won’t break it. {Neal stops the music}. You cut me off mid-funk.

Neal: I’ve discovered something that will change our lives. It brings power, respect and money. And it’s right here in this suitcase.
Sam: What is it?
Neal: Sure you want to know?
Bill: Yeah. Open it up.
Neal: Think you can handle it?
Bill: Open it.
Neal: Gentlemen, say hello to Mort.
Mortie: Hi, Dummies.

Nick: She used to be so hot.
Daniel: She still is.
Ken: Yeah, if you like clowns.

Mrs. Weir: Harold, we have to go. Or the Schweibers will be offended. We missed it last year.
Mr. Weir: It’s the same party year after year. It’s smarmy. What kind of doctor invites his patients over to listen to his dental jokes? It’s sick.
Mrs. Weir: Honey, we have to go.
Lindsay: I don’t have to go, do I?
Mr. Weir: I don’t see why you should get out of it. He’s your dentist too.
Lindsay: Fine. I’ll switch dentists.
Mr. Weir: Say, that’s an idea.

Daniel: What do you want me to do? I’m in high school!
Mrs. Desario: Yeah, when it’s convenient for you, you are.

Neal: Everything’s fine.
Mr. Rosso: I’ve had kids lying to me since before you were born. You’re new to it. And you’re not that good at it.

Sam: Neal, people are looking at us.
Bill: And not in a good way.

Kowchevski: Hey Seidelman, knock it off! Why don’t you go pick on someone your own size. There’s a bus in the parking lot.

Mr. Kowchevski: God, I hate it when they come back.

Ken: Hey Nick, maybe you’ll get lucky at the punk club tonight.
Nick: You think so?
Ken: Sure. You know all these punk girls hate themselves. It’s gotta improve your chances.

Mr. Weir  handing the keys over: All right, I’m giving you these now. There’s no way I’m going to spend all night listening to the same old dentist jokes without plenty of anesthesia.

Barry Schweiber (David Krumholtz): If one more person asks me what my major is going to be, I’m gonna snap. I’m gonna lose it.