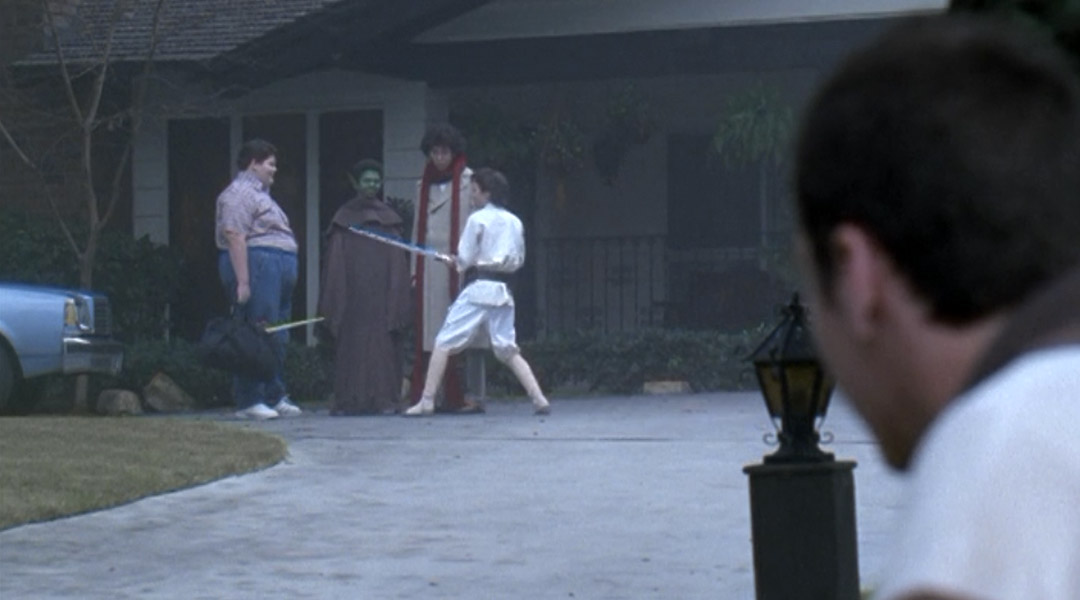 Neal: See Sam, those are the kind of women you should be going for. The Cindy Sanders of this world are just hors d’oeuvres. Vicky is a five-course meal.

Daniel: The guy’s turning into a wastebasket.
Ken: No kidding.

Daniel: Just look at him. He’s a freakin’ mess.
Ken: You are holding out on us!
Daniel: Of course.

Miss Foote (Leslie Mann): And George Washington Carver had many accomplishments. But he was best known for his work with the peanut. And for being Bill’s mortal enemy.

Miss Foote: You know Bill, you’re not a geek.
Bill: Tell that to the rest of the world.

Lindsay: I don’t smoke pot.
Nick: Come on, what’s the big deal? It’s from the earth, it’s natural. Why would it be there if we weren’t supposed to smoke it?
Lindsay: Dog crap is here and we don’t smoke that.

Neal: Sam, could you not use the word “die” in a hospital?
Sam: You asked if he was still alive.
Neal: That’s an optimist question. Alive is good. Dying is bad. Trust me on this, my dad’s a dentist.

Daniel: Mr. Rosso, I told you. I was just trying to get rid of my weed.
Mr. Rosso: How dumb do I look?
Ken: Do you really wanna know?
Mr. Rosso: I could have you expelled for this. But I’m going to give you a break. Learn from Frank. Or you’ll be Frank. It’s your choice.
Daniel: Frank.
Mr. Rosso: Do we understand each other?
Ken: As much as that’s possible.

Millie: You’re high!
Lindsay: What?
Millie: You’re on the pot!
Lindsay: How could you tell?
Millie: I’m not dumb, Lindsay. I know what high people look like. I went to a Seals and Crofts concert last summer.

Millie: I’ll go with you, but only for the safety of the child.
Lindsay: Thank you, Millie.
Millie: No. Thank your dealer.

Lindsay: I love you Millie. Why aren’t we friends anymore?
Millie: I thought we were friends.