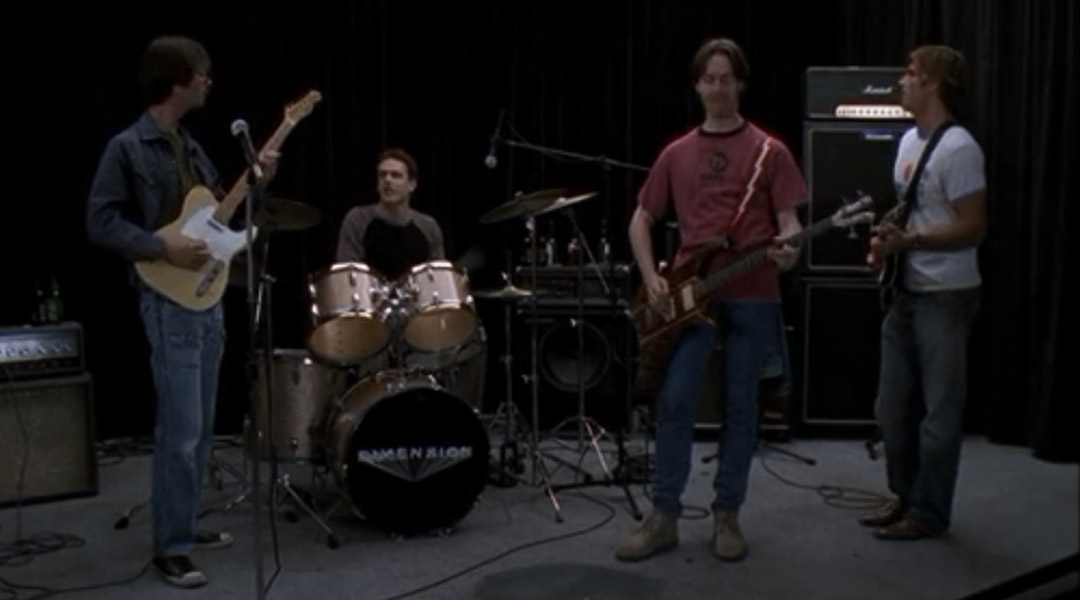 Sam about Bill’s black socks: You look a little bit like my grandpa.
Bill: Oh yeah? Is your grandpa super cool?

Sam: Don’t you think it’s weird that they want us to, you know, get naked?
Neal: It’s not a burlesque show, Sam. They just want us to shower.

Alan: Hey Schweiber, you gonna show us your circumcision in the showers today?
Neal: Oh yeah, take a number.

Ken: This is Mission Control. Requesting permission to rock out.

Harris: Our bodies are merely a shell which conceal our heavenly souls.

Sam: I’m sick. I’m dizzy. I have a headache. And I’m nauseous.
Fredricks: Alright. Okay, go to the nurse’s office. Pick up the Academy Award on the way there, Weir.

Fredricks: Schweiber put on some clothes. You look like a 50-year-old man.

Bill: This push-up’s too hard to push up.

Lindsay: You know, I didn’t break up the band. I just wanted to help Nick.
Daniel: He doesn’t need any help.
Lindsay: How can you say that? If he doesn’t make it as a drummer then he has to go into the Army.
Daniel: What? He’s not going to make it as a drummer. So why don’t you just let him have some fun before he has to ship off.

Ken: You finally got your wish, Nick. You’re a good as drummer as John Bonham. Of course he’s dead.

Kim: I heard that you jumped him.
Lindsay: What?
Kim: Don’t act innocent, Lindsay. I know you’re a slut.

Alan: You guys are losers and you always will be!
Neal: Then how come you’re the one riding home with no friends.