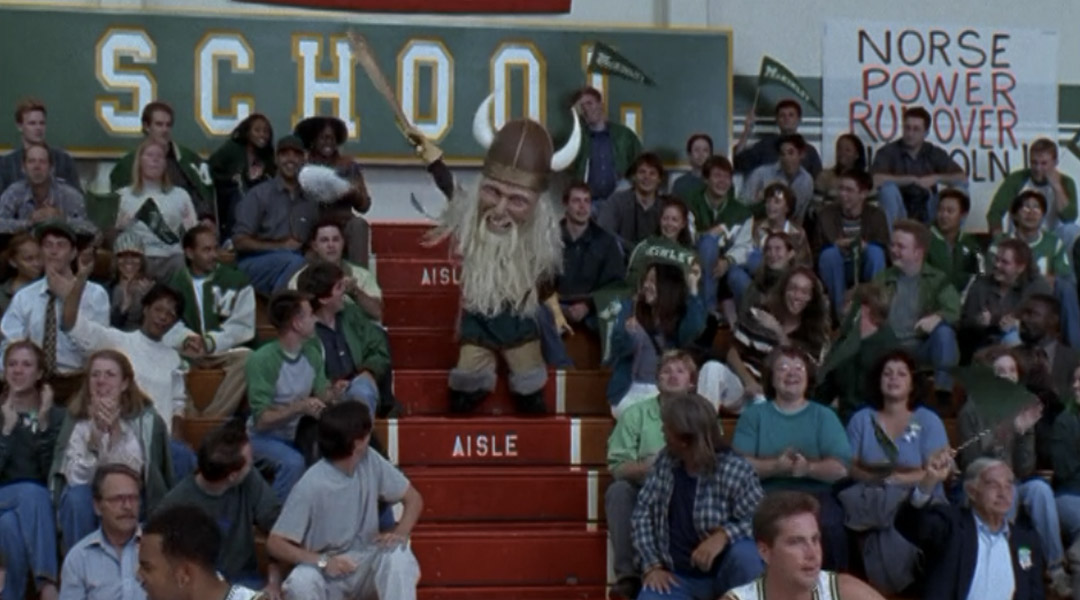 Daniel: I’m so sick of all this rah-rah stuff. These jocks think they’re such bad asses. Walking around like they cured cancer.

Kim: The last time Nick got dumped he kinda went a little berserk.
Lindsay: You mean Heidi Henderson?
Kim: He told you about that? No. What happened?
Lindsay: No. Nothing. I mean I don’t even know really.

Cindy: Do remember how I told you I had a crush on Todd?
Sam: Yeah.
Cindy: Well I don’t.
Sam: You don’t?
Cindy: No. It’s not like a crush. It’s like an obsession.

Sam: Why does Cindy like him? He’s such a jerk. He’s not even nice to her.
Neal: Cheerleaders have to date athletes. It’s the law.

Sam: Hey Cindy. How’s it going?
Not good. Our mascot broke his arm and he got a concussion too. And now his mom won’t let go to bed tonight ’cause she’s afraid he’s gonna slip into a coma.
Bill: My cousin slipped into a coma once. And then when he woke up he spoke fluent Spanish.

Mr. Weir: I’m a member of the Rotary, you know. And the masons. And councilman Applebee just last week asked me to run for the school board.
Lindsay: That’s great Dad.
Mr. Weir: I could be the mayor and I wouldn’t get any respect around this house.

Sam: Think there’s a subliminal message in there somewhere?
Bill: For your sake, I hope not.

Vicki: The next high school mascot will be… Sam Weir.
Colin: It’s all politics!

Daniel: This place is turning into a cult.

Ken: I’d hate to be that guy’s drum set tonight.

Sam: Hey Dad, I think Cindy Sanders likes me.
Mr. Weir: Oh yeah?
Sam: Yeah. I got to form a human pyramid on top of her.
Mr. Weir: Well. That’ll do it.

Kim: Come on, Daniel. Kick his ass!
Lincoln Kid: Kick my ass?
Daniel: Tell my mother that I love her.

Cindy: Sam just because you’re nervous about the big game it doesn’t mean you have to take it out on me and Todd.

Neal: Sam, hand me the head of that Norseman.

Mrs. Weir: Didn’t you talk to Nick this morning?
Lindsay: Why? What’d you say to him?
Mrs. Weir: Well I was just trying to be nice and, uh…
Lindsay: Mom, did you just break up with my boyfriend?