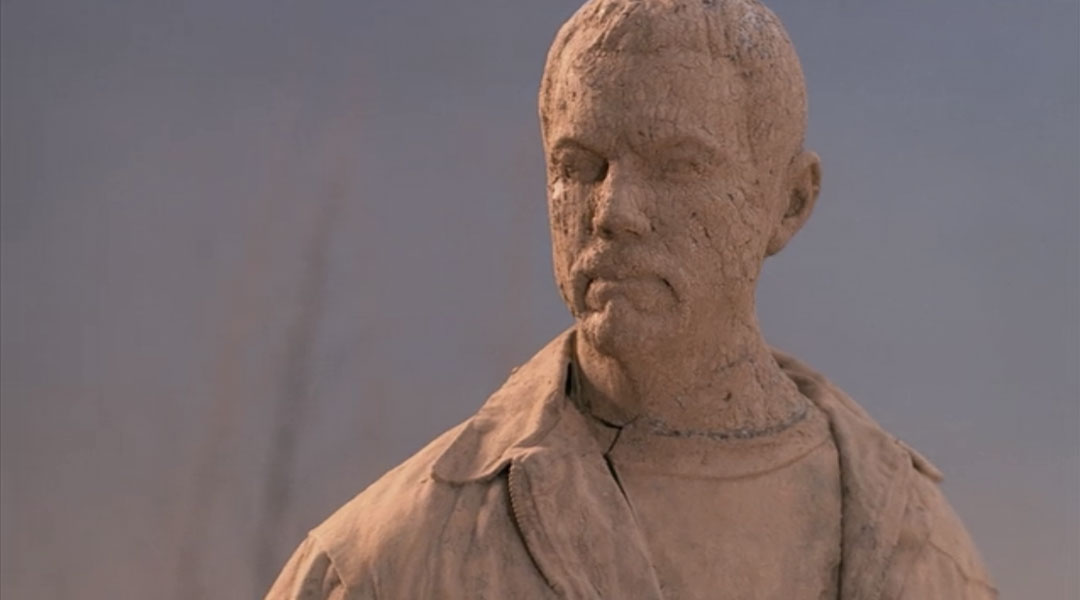 Kaylee: Come on, admit it. It’s true.
Simon: No I won’t. Because it’s not. I use swear words like anybody else.
Kaylee: Oh really? I never heard you, so when is it that you do all this cussing? Is it after I go to bed, or…
Simon: I swear when it’s appropriate.
Kaylee: Simon, the whole point of swearing is that it ain’t appropriate.

Simon: What happened in here?
Jayne: I needed to find some tape.
Simon: So you had to tear my infirmary apart?
Jayne: Apparently.
Simon: My god. You’re like a trained ape. Without the training.

Jayne: Just don’t like the idea of going in empty-handed, that’s all.
Mal: Why you still arguing what’s been decided?

Book: Go on. I’m a shepherd after all. I should be able to keep my eye on a flock of one.

Mal: You might maybe make yourself useful.
Jayne: Come again?
Mal: The management here don’t take too kindly to sightseers, but that’s why we’re posing as buyers. There ain’t a one of us looks the part more than the good doctor. The pretty fits, soft hands, definitely a monied individual. All rich and lily-white, pasty all over—
Simon: Alright! Fine. I’ll go. Just stop describing me.
Mal: You’re the boss. Boss.
Jayne: He’s the boss now? This day keep getting better and better.

Wash: What happened to Simon? And who’s this diabolical master of disguise?
Kaylee: He’s learning.

Wash: You haven’t been here in years, Jayne. Do you really need that get-up? No one’s gonna remember you.
Mal: I think it’s possible they might. {everyone stops and stares at the Jayne Cobb statue, until Simon sums it up}
Simon: Son of a bitch.

Mal: Jayne?
Jayne: Yeah?
Mal: You wanna tell me how come there’s a statue of you here lookin’ at me like I owe him something?
Jayne: Wishin’ I could, Captain.
Mal: No, seriously, Jayne. You wanna tell me—
Jayne: Look, Mal, I got no ruttin’ idea.

Simon: This must be what going mad feels like.
Wash: I think they captured him though. You know. Captured his essence.
Kaylee: Looks sorta angry, don’t he?
Wash: That’s kinda what I meant.

Book: What are we up to, sweetheart?
River: Fixing your Bible.
Book: I, uh… What?
River: Bible’s broken. Contradictions, false logistics. Doesn’t make sense.
Book: No, no. You can’t…
River: So we’ll integrate non-progression evolution theory with God’s creation of Eden. Eleven inherent metaphoric parallels are already there. Eleven. Important number. Prime number. One goes into the House of Eleven eleven times but always comes out one. {to Book} Noah’s Ark is a problem.
Book: Really?
River: We’ll have to call it early quantum state phenomenon. Only way to fit five thousand species of mammal on the same boat.

Book: You don’t fix faith, River. It fixes you.

You wouldn’t be looking for Kessler.
Mal: Just having a brew.
I knew a Kessler.
Mal: Knew?
He was a good middleman. Low profile. Didn’t filch. Last week the factory foreman and his prod crew heard he was moving contraband through town, and gave him a peck of trouble.
Mal: What kind of peck was that?
The kind where they hacked off his hands and feet with a machete. Throwed him into the bog.
Wash: They peck pretty hard around here.

Wash: We gotta go to the crappy town where I’m a hero.

River: I tore this out of your symbol and they turned into paper.

River: They say the snow on the roof is too heavy, they say the ceiling will cave in. His brains are in terrible danger.
Book: River, please. why don’t you come out.
River: No! I can’t. It’s too much hair.
Book: Is that it?
Zoe: Hell yes, Preacher. If I didn’t have stuff to get done I’d be in there with her.

Jayne: You guys had a riot? On account of me?
I can’t believe you’re back.
Jayne: How could I stay away!

Jayne: All of you, you think there’s someone just gonna drop money on you? Money they could use? Well there ain’t people like that. There’s just people like me.

Higgins (Gregory Itzin): How dare you defy me!
Fess Higgins: You wanted to make a man out of me, Dad. I guess it worked.