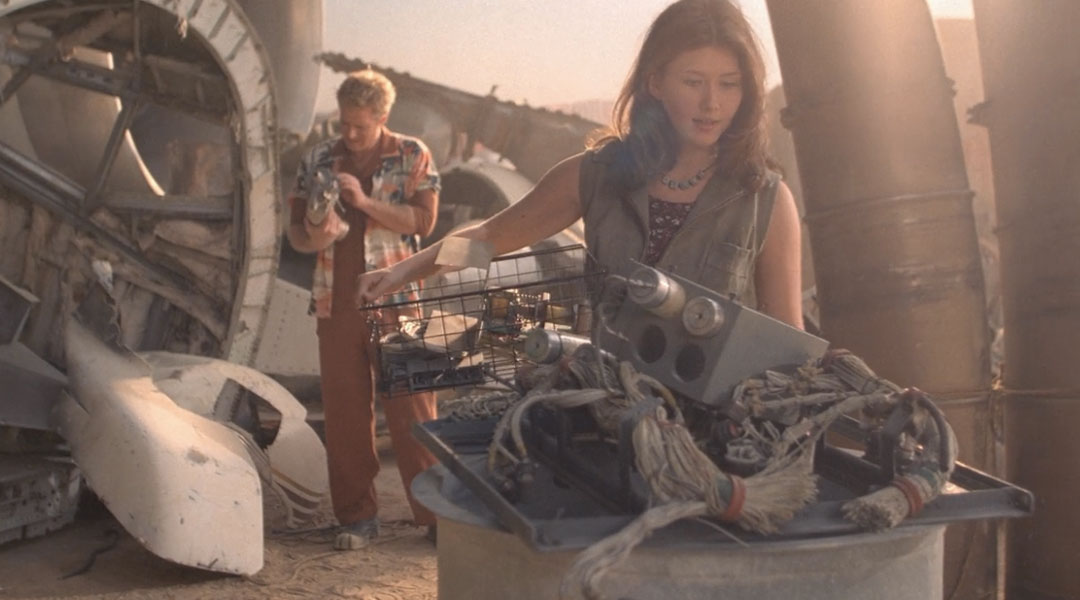 River refusing to eat: I don’t want any.
Simon: River, you have to eat. It’s good. It tastes like… takes a bite… It’s good.
Jayne: Smells like crotch.
Kaylee: Jayne!
Jayne: Well it does.

Mal: …Could have been meditating on the wonders of your rock garden right now.
Jayne: Beats just sitting.
Wash: It is just sitting.

Mal: When I took you and you sister in, the deal was you keep her in check. You can’t hold up your end, we’re gonna have to revisit the deal…. She’s getting worse, isn’t she?
Simon: Yes.

Wash: You know, it’s all very sweet—stealing from the rich, selling to the poor…

Nurse: What have you got?
Mal: We got a couple of DOAs. By the time we got there—
Nurse disinterested: Take them down to the morgue.
Jayne: We applied the cortical electrodes but were unable to get a neural reaction from either patient.

Inara: What’s going on here?
Kaylee: Let’s see. We killed Simon and River, stole a bunch of medicine, and now the Cap and Zoe are off springing the others ‘got snatched by the Feds.

Mal: You called the Feds.
Jayne: I got pinched!
Mal: Which is what happens when you call the Feds.

Jayne: What are you going to tell the others?
Mal: About what?
Jayne: About why I’m dead.
Mal: Hadn’t thought about it.
Jayne: Make something up. Don’t tell ’em what I did.