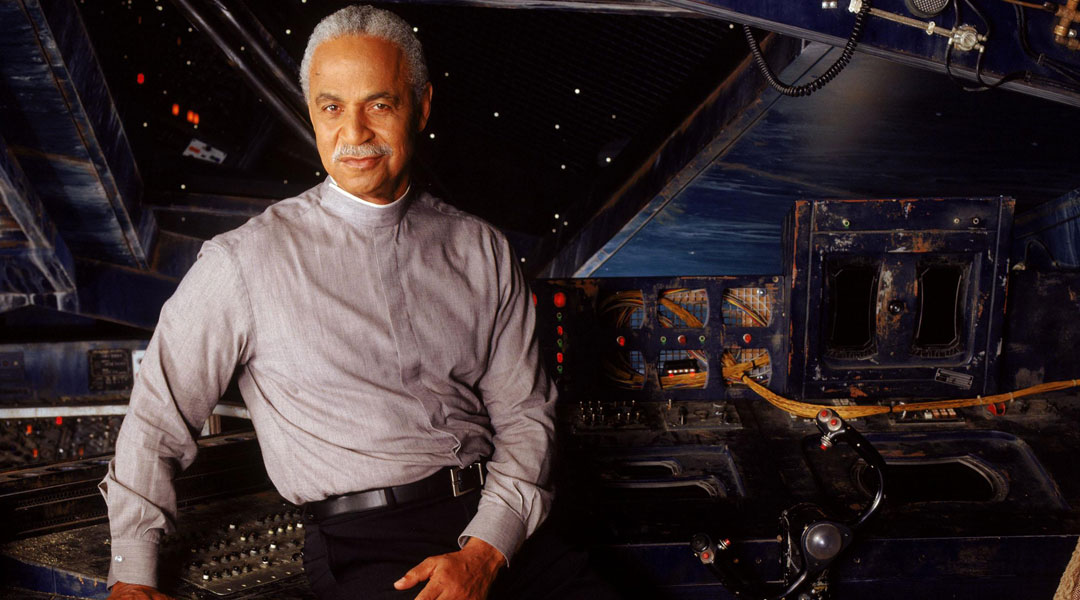 Kaylee: You’re gonna come with us.
Book: Excuse me?
Kaylee: You like ships. You don’t seem to be looking at the destinations. Whatcha care about is the ships and mine’s the nicest.
Book: She don’t look like much.
Kaylee: Ah… she’ll fool ya. You ever sail in a Firefly?
Book: Long before you were crawling. Not an aught-three though. Didn’t have the extenders. Tended to shake.

Kaylee: So, um, how come you don’t care where you’re going?
Book: ‘Cause how you get there is the worthier part.

Inara Serra: I’d have to say, this is the first time we’ve had a preacher on board.
Book: Well, I wasn’t expecting to see a state official either. Ambassador. {shakes her hand as Mal laughs.} I’m missing something funny.
Kaylee: Not so funny.
Inara: Ambassador is Mal’s way of—
Mal: She’s a whore, Shep.

Book: The important thing is the spices. A man can live on packaged food from here ’til Judgment Day if he’s got enough rosemary.

Inara: So would you like to lecture me on the wickedness of my ways?
Book: I brought you some supper. But if you’d prefer a lecture I have a few very catchy ones prepped. Sin and hellfire. One has lepers.
Inara: I think I’ll pass.

Simon: You’re a lunatic.
Mal: And you’re a gorram fed.
Book: Hate to say it, Captain. But you’ve got the wrong man. {he indicates Dobson.}

Book: I think everybody could stand to calm down a bit.
Dobson: This isn’t your business, Shepherd.
Book: The boy’s not going anywhere, Lawman. As I understand it, it’s pretty cold outside.

Jayne: Outta the way.
Book: You’re not killing this man.
Jayne: Not right away.
Book: He’s no threat.

Jayne: Move.
Book: Not gonna happen.
Jayne: I ain’t jokin’ with you, Preacher.
Zoe: Jayne! Just tie him up. Do it!

Book: Is this what life is? Out here?
Inara: Sometimes.
Book: I’ve been out of the Abbey two days. I’ve beaten a law man senseless, fallen in with criminals, I watched the captain shoot the man I swore to protect. I’m not even sure if I think it was wrong.
Inara: Shepherd—
Book: I believe I’m just… I think I’m on the wrong ship.
Inara: Maybe. But maybe you’re exactly where you ought to be.

Book: So… how do you think it’s going?
Inara: The caper? Mal knows what he’s doing.
Book: How long have you known him?
Inara: I’ve been on this ship eight months now. I’m not certain I’ll ever know the captain.
Book: I’m surprised a respectable Companion would sail with this crew.
Inara: It’s not always this sort of work. They take the jobs they can get, even legitimate ones. The further you get away from the central planets, the harder things are.

Kaylee: So? How’s our patient?
Simon: Aside from borderline malnutrition he’s in remarkably good health.
Book: So he’ll live then?
Mal: Which to my mind is unfortunate.
Book: Not a very charitable attitude, Captain.
Mal: Charity’d be putting a bullet in his brain pan.

Jayne: Wasn’t Reavers. Reavers don’t leave no survivors.
Mal: Strictly speaking, I wouldn’t say they did.
Book: What are you suggesting?
Mal: Doesn’t matter if we took him off that boat, Shepherd. It’s the place he’s gonna live from now on.
Book: I don’t accept that. Whatever horror he witnessed, whatever acts of barbarism, it was done by men. Nothing more.
Jayne: Reavers ain’t men.
Book: Of course they are. Too long removed from civilization perhaps. But men. And I believe there’s a power greater than men, a power that heals.
Mal: Reavers might take issue with that philosophy. If they had a philosophy. If they weren’t too busy gnawing on your insides. Jayne’s right. Reavers ain’t men. They forgot how to be. They got out to the edge of the galaxy, to that place of nothing, and that’s what they became.

Alliance Commander: Pirates. Pirates with their own chaplain. There’s an oddity.
Book: Not the only oddity this end of space, Commander. Where things aren’t always so plain as on the central planets. Rules can be a mite fussier.

Book: A government is a body of people usually—notably—ungoverned.
Simon: Now you’re sounding like the captain.

Zoe: Preacher, don’t the Bible have some pretty specific things to say about killin’?
Book: Quite specific. It is, however, somewhat fuzzier on the subject of kneecaps.

Mal: I know you all took up arms in that piece of action back there. How you faring with that, Doctor?
Simon: I don’t know. I never shot anyone before.
Book: I was there, son. I’m fair sure you haven’t shot anyone yet.