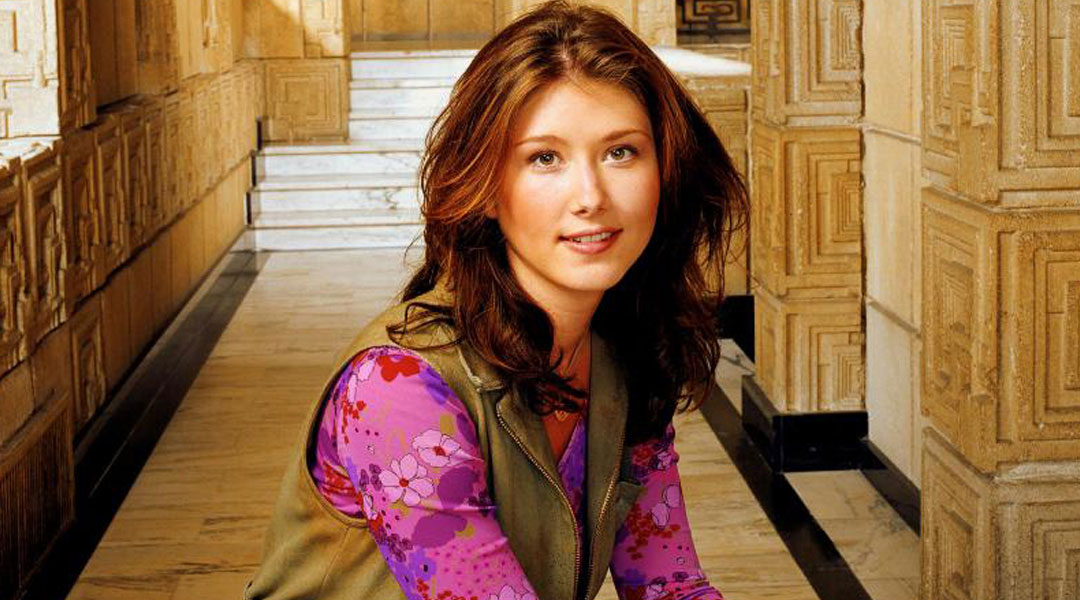 Wash: Kaylee, go to blackout! We’re being buzzed.
Kaylee: Goin’ dark. {turns off all running lights.} Okay. Now I can’t get down.

Kaylee: We’re taking on passengers at Persephone?
Mal: That’s the notion. Gives us a little respectability on the way to Boros. Not to mention the money.
Jayne: Pain in the ass.
Kaylee: No, it’s shiny! I like to meet new people. They’ve all got stories…
Jayne: Captain, can you stop her from being cheerful please?
Mal: I don’t believe there’s a power in the ‘Verse can stop Kaylee from being cheerful. Sometimes you just want to duct tape her mouth and dump her in the hold for a month.
Kaylee: I love my captain.

Kaylee: You’re gonna come with us.
Book: Excuse me?
Kaylee: You like ships. You don’t seem to be looking at the destinations. Whatcha care about is the ships and mine’s the nicest.
Book: She don’t look like much.
Kaylee: Ah… she’ll fool ya.

Kaylee: You seem so young to be a doctor.
Simon: Yeah. You’re pretty young to be a ship’s mechanic.
Kaylee: I know how. Machines just got workins’ and they talk to me.
Book: That’s a rare gift.
Kaylee: Well not like being a doctor. Helping fix people. That’s important.
Jayne: Little Kaylee here just wishes you was a gynecologist.

Kaylee: Why did he… ?
Mal: Oh wow. That ain’t hardly a mosquito bite.
Kaylee: Big mosquito.

Wash: I’m not flying anywhere without my wife.
Kaylee: She’ll be okay. She’s with the captain.
Jayne: There, you see? Everybody wins.

Mal: I ain’t sayin’ there’s any peace to be had, but on the off-chance there is, those folks deserve a little of it.
Inara: Just when I think I’ve got you figured out {she walks off}.
Kaylee: That was real pretty, Captain. What you just said.
Wash: Didn’t think you were one for rituals and such.
Mal: I’m not. But it’ll keep the other busy for awhile. Don’t always need to concern them with what’s to be done.

Mal: You tell me right now, little Kaylee, you really think you can do this?
Kaylee: Sure. Yeah. I think so. Besides, if I mess up it’s not like you’ll be able to yell at me.

Kaylee: Look at the pretties!
Wash: What am I looking at? The girls or the clothes?
Jayne: The girls.
Zoe: The clothes, please.
Kaylee: Say, look at the fluffy one!
Zoe: Too much foofarah. If I’m gonna wear a dress I want something with some slink.

Wash about Jayne’s statue: I think they captured him though. Captured his essence.
Kaylee: Looks sorta angry, don’t he?
Wash: Kinda what I meant.

Mal: I need that in Captain Dummy talk, Kaylee.

Inara: What’s going on here?
Kaylee: Let’s see. We killed Simon and River, stole a bunch of medicine, and now the Cap and Zoe are off springing the others ‘got snatched by the Feds.

Inara: So, do aliens live among us?
Kaylee: Yeah. And one of them is a doctor.