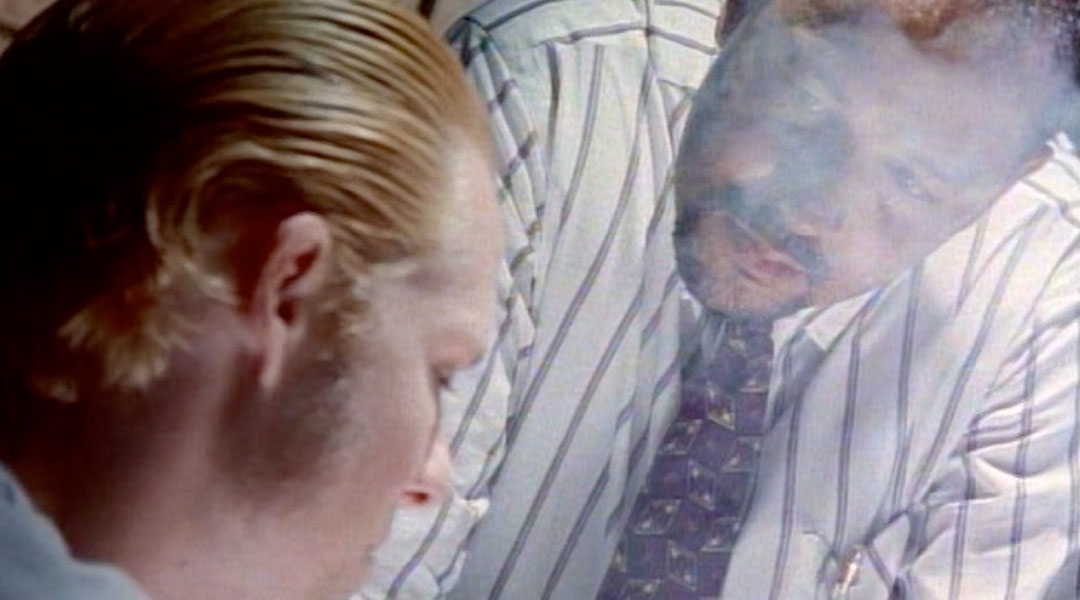 The Heart of a Saturday Night

Ravens. Who names a football team after an Edgar Allan Poe story?

Kellerman: Screw you, Frank. You know something? You’re not just arrogant. You’re vain. You’re like a pretty girl who never wants to show the bad side of her face.

Pembleton: By the way, Kellerman. You’re okay by me.

Bayliss: I’m a detective, Frank. I’m a keen observer of the human condition. I pick up on the subtlest clues, I react to the slightest suggestion. In short, I deduct.
Pembleton: Who told you?
Tim Bayliss: Brodie.

Cox: Don’t you even wonder why?
Munch: Why what?
Cox: Why he lied.
Munch: I’m a Homicide Detective. The only time I wonder why is when they tell me the truth.

Lewis: …He told me, don’t you ever let some knucklehead stand on your corner and shame you. ‘Cause once you’ve done that, you’re done as a beat cop. So what he suggested I do, was that I take out my billy club and smack him upside the head so hard that everybody who heard it knows who had the last word. Luther, you’re on my corner.

Pembleton: It’s too quiet in here. The only thing dead are the phones.
Munch: It’s New Years Eve, Frank. When that ball drops the bodies will start dropping.

Back Page News: LIfe and Homicide on the Mean Streets of Baltimore
Pembleton: Wait wait wait. That doesn’t make a whole hell of a lot of sense. What does life and homicide have to do with each other?
Brodie: I wanted to juxtapose life and death. You know, the yin and the yang. Homicide is so negative.
Pembleton: Yes it is. It doesn’t get much more negative than homicide.

Munch: Mean Streets? What, are you ripping off Scorsese?
Brodie: I wasn’t ripping him off. I respect the man, but he doesn’t hold a candle to the great documentary filmmakers like Robert Frank or Kenny Baker, Maysles Brothers, Ken Burns.
Munch: Oh yeah. Ken Burns. He’s the only guy ever to manage to make something more boring than a baseball game. A documentary about baseball.

Howard: Pretty tough room, Brodie. Are you sure you want to do this?
Brodie: An artist has to be fearless, Kay. There’s fearless and then there’s crazy.

Pembleton: Shame on you, Brodie. You are a sick and twisted soul.
Brodie: Not as twisted as Mr. Jackson.

Kellerman: You sure you want me with you?
Bayliss: Yeah sure, why not?
Kellerman: I don’t know. Uh, last time we worked together you were kind of snarky.
Bayliss: Snarky?
Kellerman: Yeah, snarky. You know, from the ancient Greek, meaning butthead.

Pembleton: Okay, we got multiple chest wounds, an open door… and a weapon halfway across the living room.
Cox: It’s going to be hell writing this one up as a suicide, I’ll tell you that much.