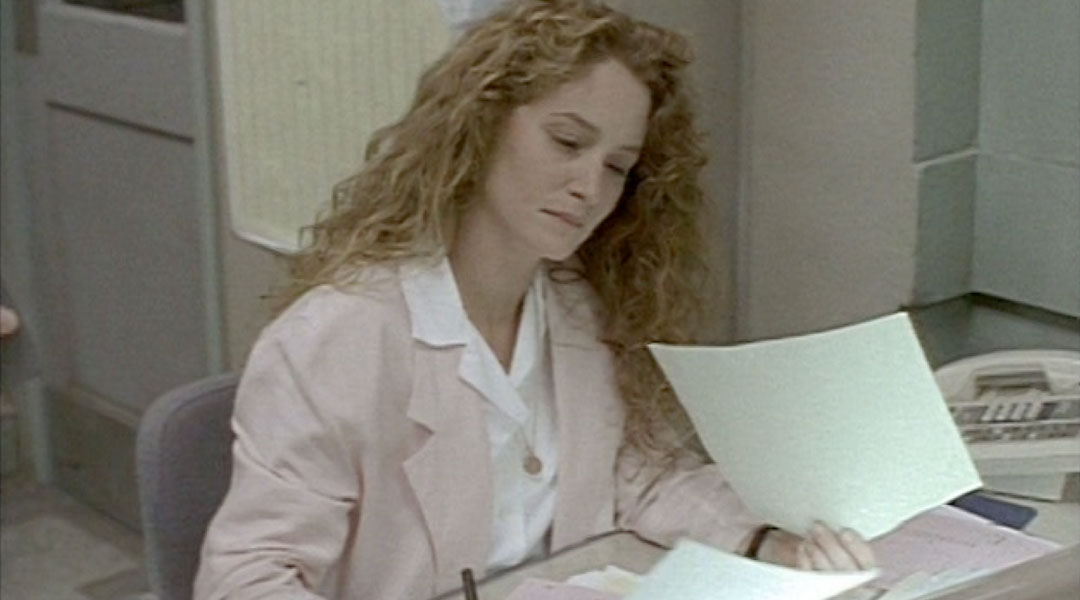 Mrs. Jempson: You think you guys wanna look around for some clues?
Howard: The body in the basement’s a big clue.
Beau Felton: We still have to find Jerry. {the phone rings and Kay picks up}
Howard: Hello? Detective Howard of Homicide. And who’s this? It’s Jerry.

Howard: You want it? You ready? Take it.
Bayliss: Detective Bayliss.

Ed Danvers (Zeljko Ivanek): As Assistant State’s Attorney I have every intention of maintaining a better-than-average conviction rate, so that one day in the not-too-distant future I can come to rest at a law firm. Preferably an L.A. law firm.
Kay Howard (Melissa Leo): Well we’ll miss you.

Howard: Danvers, don’t get me wrong. I’m fascinated by your career, but we got a red ball going on.

Kay Howard (Melissa Leo): Derringers were departmental issue?
Gee: Not exactly.
It was a different time. You did what you had to do and you worried about formalities later. The old timers used to say, I’d rather be judged by twelve than carried by six.

Bayliss: You remember Adena Watson?
Howard: Oh, sure. Your first case. Never shut.
Bayliss: Yeah. Risley Tucker, the Araber I always suspected of killing her, he’s dead. You know, she’s eleven years old and she’s raped, murdered and mutilated and he dies peacefully in bed. At home.
Howard: Risley Tucker’s dead so you’re thinking about quitting, huh?
Bayliss: I can’t stop thinking about that case. I can’t stop seeing Adena Watson’s face in the rain. The wounds on her body.

Howard: I’ll go with you.
Kellerman: Why?
Howard: You’re still a new guy, Mikey. Don’t want you talking the shooter out of his confession. Brodie, you come too. If the guy’s making a statement of guilt ‘least we can do is get it on videotape.

Howard: Pretty tough room, Brodie. Are you sure you want to do this?
Brodie: An artist has to be fearless, Kay. There’s fearless and then there’s crazy.