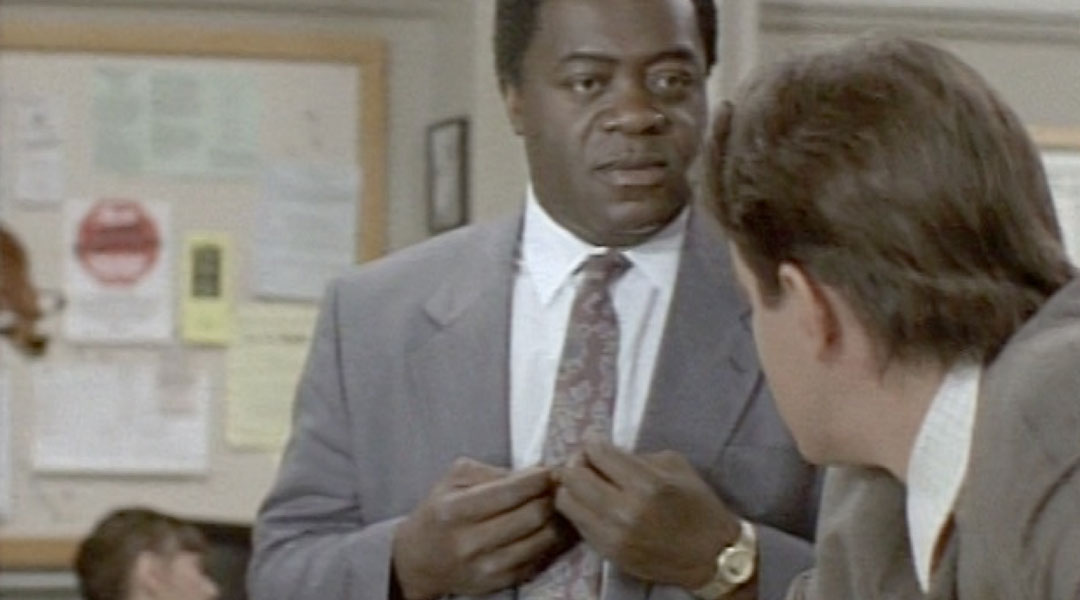 Pembleton: Look Gee, a partner is the last thing I need, the way I work.
Gee: Maybe the way you work is why you need a partner.

Griselda Battel: Is the death of Adena Keisha Watson the result of a serial killer? Five women have been killed in the Northwest vicinity over the last four months. That’s an unsolved slaying every three weeks.
Gee: We do not have a serial killer. Those deaths are totally unrelated.
Griselda Battel: We can only hope you’re right.
Gee: I am right.

Frank Pembleton (Andre Braugher): Pardon me, my good lieutenant, but where indeed is all this extra help supposed to go?
Gee: This is a red-ball, Frank. First few hours, everyone wants credit. We have to make sure that they’re around to take the blame.

Barnfather: Start by replacing that rookie.
Gee: That rookie, sir, is going to surprise us all.
Barnfather: And those sneakers, Lieutenant, are not part of the dress code.

Felton: We’ve been on night shift for a week. Every night someone lights this candle by the board.
Gee: You’re a detective. You solve it.
Felton: A homicide detective. Someone kills the candle, I’ll close the case.

Gee: to Munch I want the paperwork on that double-suicide. I don’t care if it’s in rhyming couplets. I want it finished.

Gee: He refused counsel.
Bayliss: Yeah.
Gee: Did he give a reason?
Pembleton: He says he’s not guilty of anything.
Gee: Everyone’s guilty of something. I want a confession.

Kay Howard (Melissa Leo): Derringers were departmental issue?
Gee: Not exactly.
It was a different time. You did what you had to do and you worried about formalities later. The old timers used to say, I’d rather be judged by twelve than carried by six.

Gee: Set up a stakeout. As soon as he walks through the door, take him.

Gee: Your smoking is driving me crazy.
Pembleton: Really.
Gee: You know that.

Gee: You’ve been yelling a lot lately. At the drop of a hat you start yelling.
Pembleton: Why would I yell at someone about his hat.

Bayliss: Two young girls. Same ages, same race. Serrated edge knife. Now we never found the weapon in the Adena Watson case. There’s a connection here, Gee. I can feel it.
Gee: So why are you sitting at your desk?
Bayliss: Right.
Gee: Go with your gut, Bayliss. But use your head.

Gee: If you hear from Pembleton let me know. I’d at least like to pretend to my bosses I still have control of my squad.

Gee: I want evidence. I want a signed confession. I want to get rid of this [?].

Gee: Everybody’s got something that keeps them awake at night. When you can’t tell the difference between nightmares and what’s real, that’s when you’re no good to yourself or anyone else.
Pembleton: I didn’t avenge Adena Watson’s death. Now I never will. I let her down, Gee. I’ll never know who killed her.
Gee: You’re going to have to make your peace with that.

Gee: You eat very well, Kellerman. Almost too well. I’m suspicious of any detective who eats so well.
Kellerman: I find it impossible to believe that in a squadroom full of the very best detectives in the city nobody’s nailed this guy.
Gee: I put you in charge. You find out whoever the culprit is and I’ll hold a public execution in front of [?].
Kellerman: I’m gonna rip his heart out.
Gee: Start thinking like the bandit.

Gee: You know I asked Russert to make a few calls down to DC for me, and an hour later Buster Simmons walks in and wants to make a confession.
Pembleton: A little too convenient, Gee.
Gee: Come on, Frank. It’s a new age. The world’s becoming a perfect place.

Russert: What’s to prevent them from pointing the cameras away from the streets and into your bedroom window?
Brodie: You mean some city employee’s gonna know what I’m doing at night.
Gee: [?] Big Brother is watching.
Brodie: That does it. I gotta get some curtains.

Gee: Go home and enjoy that precious baby girl of yours. That’s a direct order, Frank.
Bayliss: Can I come?
Pembleton: Come where?
Bayliss: To see the baby.
Pembleton: You’ve seen the baby already.
Bayliss: I know, but I love babies.
Pembleton: Then have one of your own.

Bayliss: I am good murder police, aren’t I, Gee.
Gee: Yes. Of course.
Bayliss: I’ve been standing here, thinking about Frank, thinking about everything I’ve learned from him in the last four years.
Gee: His technique in The Box?
Bayliss: Ah. No, it’s more than that. You know when I find a suspect I like to get in their brain, find out why they would wanna take another person’s life. Why. Now Frank. Well, Frank, he just sees a dead body. It doesn’t matter to him who they were, what they did. He strips away their personalities, he makes them all equal in death because if they have been murdered they must be avenged. Forward without hesitation, without any kind of moral dilemma. His mind’s so clear on that Gee. His mind… You know I think I’ve finally started to understand how his mind works. I just don’t know if I’m gonna be as good of a detective as I am without him.