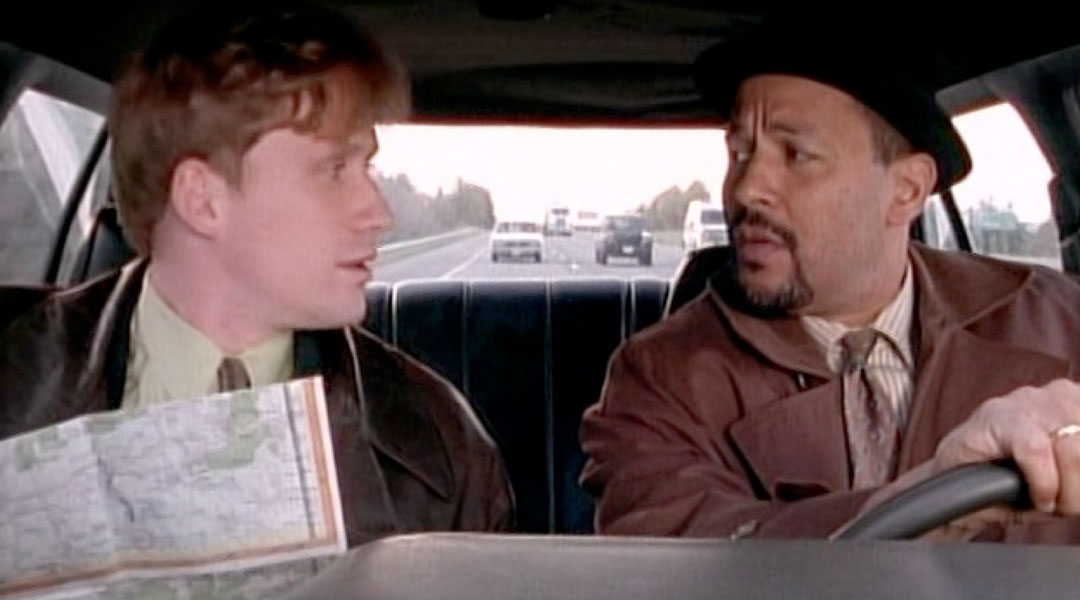 Kellerman: There’s no absolutes in life. Only in vodka.

Kellerman: It was a Wisconsin wedding at its finest. I’m still waiting for my plumbing to defrost so I can take a decent leak again.

Lewis: Well the good news is I have no problem whatsoever chopping this squirrel off.
Kellerman: What’s the bad news?
Lewis: Kenny Damon. It’s the son of a bitch that killed Jake Rodzinski’s father.
Kellerman: Oh man. The boss is gonna be all over our ass. We better take our time and do this scene right.
Lewis: Most definitely. Okay, Cecil B. DeBrodie. Start videotaping away for posterity.

Kellerman: You know, Pez, it’s bad enough that you did the murder. But then for you to sit here and give your partner up in a heartbeat? I don’t like you from either end.

Kellerman: You don’t think much of me, do you?
Munch: Actually I have no opinion of you one way or the other. You have yet to appear on my radar screen.

Kellerman: New Orleans is great.
Munch: Yeah, if you like drunks, dirty politics, hurricanes and Zydeco.

Howard: I’ll go with you.
Kellerman: Why?
Howard: You’re still a new guy, Mikey. Don’t want you talking the shooter out of his confession. Brodie, you come too. If the guy’s making a statement of guilt ‘least we can do is get it on videotape.

Kellerman: Basically he was trying to resign from the United States.
Lewis: You can do that?
Kellerman: You can try.

Lewis: These people ain’t got nothing to do with that murder.
Kellerman: Yeah. So?
Lewis: So why’d you make them wait in here?
Kellerman: Because they’re illegal.
Lewis: Last time I checked your badge didn’t say INS on it.

Kellerman: You know, you remind me of someone.
Ramona Rostenkowski: I always remind men of someone.

Gee: You eat very well, Kellerman. Almost too well. I’m suspicious of any detective who eats so well.
Kellerman: I find it impossible to believe that in a squadroom full of the very best detectives in the city nobody’s nailed this guy.
Gee: I put you in charge. You find out whoever the culprit is and I’ll hold a public execution in front of [?].
Kellerman: I’m gonna rip his heart out.
Gee: Start thinking like the bandit.

Lewis: Looks like we got us a potential red ball here.
Kellerman: Looks more like a gutter ball.

Kellerman: Come on, Meldrick. Stay on the boat tonight.
Lewis: I love you, man. But I’m not in love with you.
Kellerman: Seriously. You don’t want to be alone.
Lewis: I got no problem being alone, Kellerman. I’ve been alone most of my life.

Lewis drops the red bowling ball off of the bridge into the water
Kellerman: You know. That ball was evidence. I’m going to have to go fish it out.
Lewis: Have fun. I’m gonna go find my wife.

Kellerman: Screw you, Frank. You know something? You’re not just arrogant. You’re vain. You’re like a pretty girl who never wants to show the bad side of her face.

Pembleton: By the way, Kellerman. You’re okay by me.