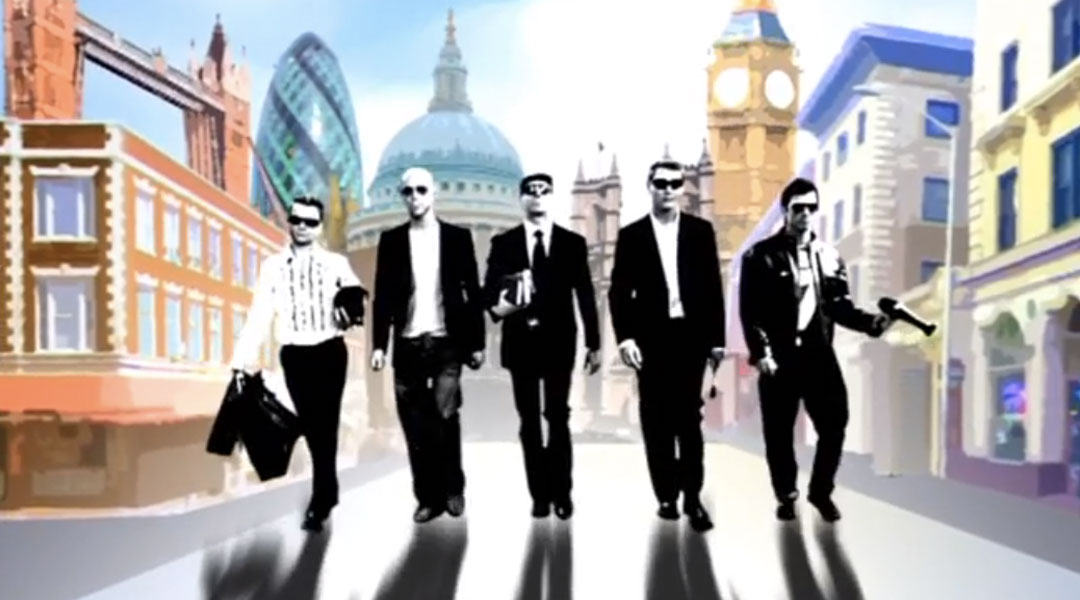 Dane: You want three sandpits. And you want to watch Toy Story and eat burgers? Okay, we can work with that.

Peyton: At the end of this series, I’m going to vow that every family has a bag of frozen peas. Even if they don’t have food.

Julian: This suit is horrible. It oozes cheapness, as they say.

Julian: Look, I told you to stay away from blue denim hot pants. It’s not a good look, okay.

Peyton offering a hat to Dane: This is good for you. This is great! This is quite boring and conservative, c’mon!

The Colleague: To me, he reminds me of Shaggy on a Vespa.

Tristan about Barra’s hair: Yours is looking a bit better than mine, isn’t it? Hang on. mock cuts off Barra’s hair

Julian about Barra’s fake tan: Hi. Welcome to the sunny state of London.

Dane: People thought I only put mirrors in every room that I stand in. But no, I take them into the backyard as well.

Tristan: When you use this—accidentally drops product—don’t throw it down like that.

Barra: I wore a g-string for the tanning.
Peyton: I missed that? I miss all the good stuff!

Dane: If my husband looked like that I’d be lying on the floor too. Except for a different reason.

Julian measuring pant size: If you could just spread a little bit. Trust me. I’m gay!
Stephen: Lisa, look at the ceiling.

Jason looking at a manual on sex: Let’s see how heterosexuals do it!

Julian doing his hair: It’s the one thing in this bathroom I’m totally happy with.

Stephen: Do I look as pale as I feel?
Peyton: Um… yeah.

Julian picking out suits: I’m staying away from the plain navy because it brings back too many memories of the 80s. Bad boarding school experience.

Stephen: I kind of feel like Cinderella and I’ve got five fairy godmothers.

Kim: Every house needs a ho, darling.
Dane: I keep a ho on speed dial.

Stephen: Product, darling, it’s product. One must have product!

Are these from the book of Satan?
No. I believe I got those from The Hobbit.

You know what, I’ve been in night clubs that’ve used less E than that.

The Wife: Get naked on the rug!

Jason: Let me stick a hand up your ass! grabs him
Peyton: That’s my balls actually.
Jason pulling back his hand: Can I have my jewelry back?

Dane: Looks like a schizophrenic has painted his bedroom.

Jason about the puppet show: He killed himself!
Dane: Mind you, if I was wearing that top, I’d kill myself.

Julian: ‘Cause the last thing I want to do is put you in an outfit that screams… homosexual, or something.

Woman about her ideal date: I don’t date. I get really really pissed.
Mark: Oh, yeah. I’ll come and do that.

Mark about a shirt: Yeah, I’d buy this.
Julian: No you wouldn’t. Not on my watch, sweetheart.

Dane about a sofa: That’s fun in a… like… I’d like to set fire to that thing.

Jason about the boys impersonating speed-daters: Next question should be, “Are you really a woman?”

Jason(?): She’s just there for the cheap therapy.

Dane: You might have won the award for the grossest kitchen yet.

Peyton about the milk: It’s been in there so long, it’s like good cottage cheese.

Dane looking at a magazine: Good Housekeeping.
Peyton: They outta take that back because it’s not working.

Julian about a shirt with flames on it: I wish it would burn itself, actually.

about Dane: He looks like a gay Luke Skywalker.

Julian about a jacket: See, the white one’s too pimpy for me.
Earl: Yeah. But I like pimpy.

Tristan: Could you do something horrible to him now? I’m just bored with all this niceness.

Jason on the candles: He’s gonna blow the house up.

Jason: Did you see that? She threw herself right down on the bed as an offering.