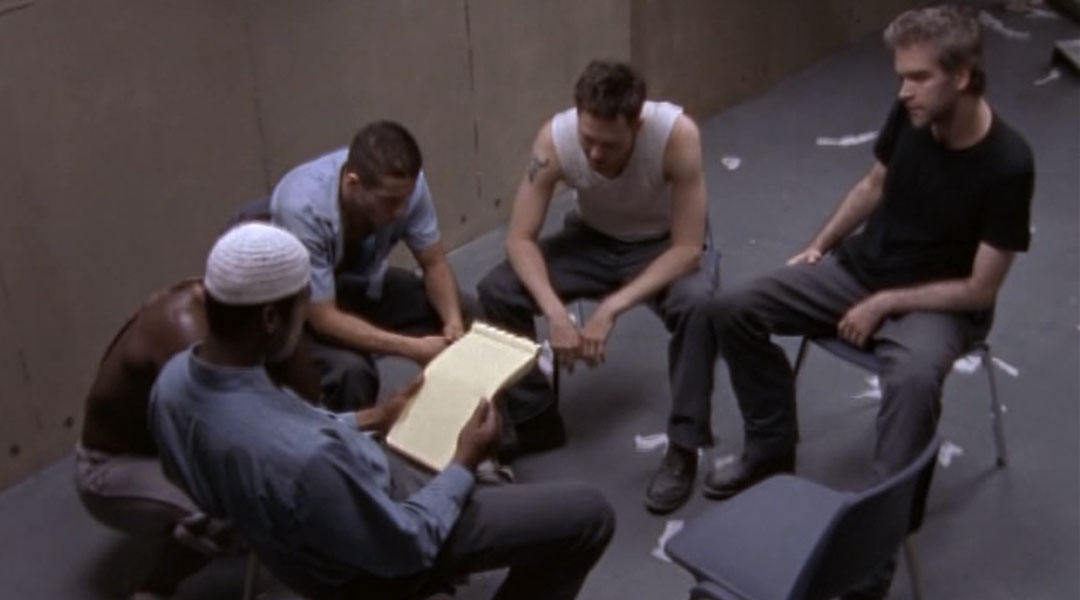 Diane Wittlesey: There’s something in the air. And it ain’t love.

Kareem Said: I would give my life for you.
Jefferson Keane: You gonna have to.

Leo Glynn: after McManus refuses a dinner invitation Too much work to do, right? You can take a break from saving the world. Even Jesus had supper.
Tim McManus: Yeah, and right afterwards he was betrayed and crucified.

Jeremy Goldstein: I mean, you don’t think of me as a Christ-killer or anything like that?
McManus: Well I’m not even really sure that Christ died.

Groves: They say lethal injection causes no pain. How do they know? Did someone come back from the dead and say they didn’t feel anything?

Miguel Alvarez: Hey, Father. Where was God when my son died?
Mukada: Same place He was when His own son died.

Sister Pete: Christ was executed, you know. And if he hadn’t been, the world would be a very different place.
Glynn: A better place?
Sister Pete: I didn’t say that.

Scott Ross: I was a man in love. I still am.
Wittlesey: Save it for the shower room.

Schibetta to Adebisi: How do you keep that hat on your head? Velcro?

McManus announces a lockdown
Alvarez: Gee Dad, I hope I can still make it to the prom.

Officer Anthony Nowakowski: Hey, what’re you doing?
Wangler: Nothing.
Officer Nowakowski: Yeah? Why don’t you do it somewhere else?
Kenny goes under the stairs
Wangler: Stupid hacks.
Adebisi: You’ the lookout!
Wangler: I’m the lookout.
Adebisi: Go on! Look out!

At the beginning of the riot
Glynn: What’s this about, Said?
Said: If you have to ask, Glynn, we got a long day ahead of us.

Said: I am willing to share the power. That is why I asked you here. You see, we can become a kind of council. We will—together—make all the decisions.
Ross: We can talk parliamentary procedure later. How many guns do you have?