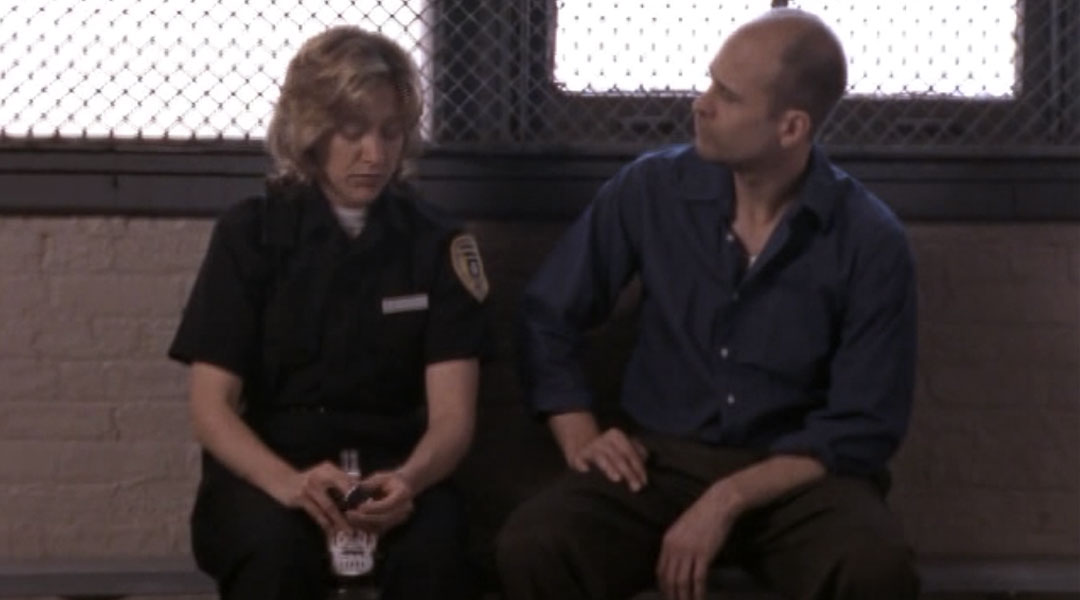 Diane Wittlesey: There’s something in the air. And it ain’t love.

Leo Glynn: after McManus refuses a dinner invitation Too much work to do, right? You can take a break from saving the world. Even Jesus had supper.
Tim McManus: Yeah, and right afterwards he was betrayed and crucified.

Jeremey Goldstein: I mean, you don’t think of me as a Christ killer or anything like that?
McManus: Well I’m not even really sure that Christ died.

Sister Pete: Christ was executed, you know. And if he hadn’t been, the world would be a very different place.
Glynn: A better place?
Sister Pete: I didn’t say that.

Ross: I was a man in love. I still am.
Wittlesey: Save it for the shower room.

Claire Howell: You were right about Tim McManus. He’s dreamy.
Wittlesey: I don’t recall ever saying Tim McManus was dreamy.

Keller: You know… you know what went on between us, right?
Sister Pete: I know that Tobias was in love with you and that you broke his arms and his legs.
Keller: Jesus Christ, you put it that way it makes me sound so cold.
Sister Pete: So why don’t you rephrase it so you come out the hero?

Beecher: You’re wondering what I’m going to do to the son of the guy who double-fucked me.
McManus: It crossed my mind.

Margarita Ricardo: You don’t understand!
Wittlesey: If I had a nickel for every time I didn’t understand you’d be talking to an empty chair.

Murphy: So, what do you call a guy that eats his own flesh?
McManus: Inventive.

after Beecher and Keller are reunited
Howell: That was such a touching moment, I’m gonna write about it in my diary.

Murphy: The fourth estate is gone.

Howell on her unexpected pregnancy: I’m going to take a leave of absence, drop the calf, and from then on keep my fucking legs crossed.

McManus: All I know is that the move is temporary. We’ll be back someday.