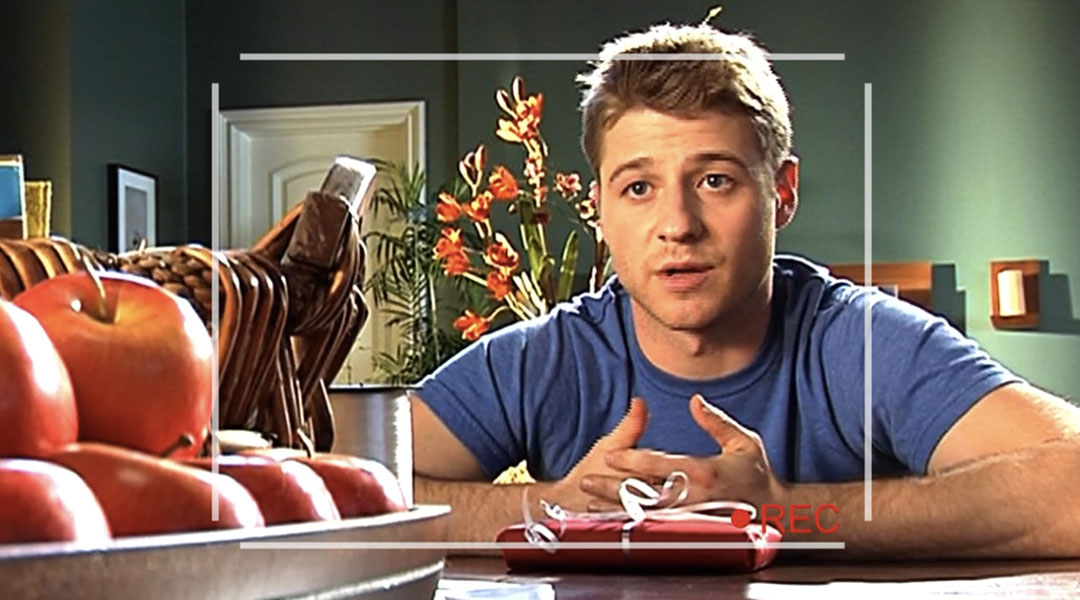 Summer: Look, I know you’ve never had a birthday party before—let alone been to one—but people usually get presents for their birthday. So will you please tell me what you want.
Taylor: Okay, honestly. I want Ryan to ask me to go to Berkeley with him next year.
Summer: Okay. I was thinking more along the lines of a cute top.
Taylor: I know, I know. It’s just, I’m a planner and I’m already seeing that day six months in the future when we all go our separate ways and I just know that if Ryan goes to Berkeley and I go to Harvard or Princeton or Oxford then it’s over.
Summer: Don’t you have to apply to Berkeley first in order to— You already applied to Berkeley. Does Ryan know this?
Taylor: No, I applied before we even started dating. I just got back from France and I figured, well, I had to go somewhere. So I reapplied to Princeton, Oxford, Yale, Harvard and the Sorbonne. And I figured, why not throw Berkeley in.
Summer: Hm.

Summer: Ryan talking about his feelings. Now that would be an earth shattering event.

Holly (Ashley Hartman): I have worked too hard for this body to just let it turn into some sort of dumpy baby factory.

Holly: We call ourselves the Six-Pack Pack. Isn’t that so cute you just want to barf?
Kirsten: All the time.

Ryan: I haven’t told Taylor I love her.
Summer: You haven’t?
Ryan: Has she said something to you?
Summer: No. No. I just assumed. You guys have been together for awhile and you seem pretty happy and thought, why wouldn’t you have said I love you. I have an idea. Why don’t you.
Ryan: What?
Summer: For her birthday. You should. Because… the book of poems is awesome, but add that special little “I love you.” As a girl, I don’t know, me personally? I got chills.
Ryan: Does Taylor expect me to tell her I love her on her birthday?
Summer: What? No. I don’t know. I gotta go.

Frank (Kevin Sorbo): Kaitlin, I care about your mom. Considering my past I understand why you’re suspicious.
Kaitlin (Willa Holland): Look, I really don’t care that you went to prison, alright? I mean The Bullitt went to prison and he was awesome. You’re just boring.

Kirsten: The people in Newport are awful.
Sandy: You’re a little late to the party. I’ve been saying that for twenty years.
Kirsten: Has it gotten worse? I mean I know Julie and some of the others are bad, but…
Sandy: What happened?
Kirsten: I was at this pre-natal yoga class, and these young women, they’re monsters. They wanted me to join the Six-Pack Pack—
Sandy: The what?
Kirsten: And then they talk about inducing labor at eight months so they don’t have to gain weight. Can we raise another child around this?

Sandy: You think they’ll let me join the Six-Pack Pack? I’ve been doing my sit-ups.

Ryan: Taylor. I… missed the last part of the movie. Would you mind rewinding it a little?

Sandy: How far did you go?
Ryan: Mm. Nine, ten miles.
Sandy: Oh. It would have just been easier if you’d said, “Sandy, there’s something bothering me. Could you give me some advice?”.
Ryan: Yes it would, but where’s the fun in that?

Seth: Hey, check it out, man. Summer challenged me to make this pretentious art film so I’m making one called Six Hours in the Pool.
Ryan: Sounds great.

Seth: So what am I supposed to do? Follow Ryan around with a camera until he punches someone?
Summer: Yes.

Keri about the crying baby: God, can you just take that thing outside! Oh, don’t freak. I’m not a psycho. It’s our baby.

Ryan: Taylor, are you pretending to go to sleep thinking I’ll tell you I love you while you’re unconscious?
Taylor: Maybe.

Seth shooting his movie: Ah, Taylor Townsend. The fast-talking Eve Harrington who melted Ryan’s heart. Tell us, Ryan, how does it feel to have Dean Hess’ sloppy seconds. Or… what did you get her? Either one.

Ryan: I didn’t know you were a runner.
Frank: Yeah. Helps me work stuff out. You should try it.
Ryan: Maybe I will. Everything okay?
Frank: Yeah. No, I was just nearby. Figured I’d stop in, say hello. Ask your advice on winning over a fifteen-year-old Newport girl.
Ryan: Kaitlin giving you trouble?

Taylor: Do you think I should act surprised when I go to the party?
Summer: But it’s not a surprise party.
Taylor: Yeah, I know, but it might make Ryan feel good.
Summer: Okay, that’s a great idea.

Summer: I know making this movie just seems so stupid. But I just want him to get excited about something—anything.
Kirsten: Just give him a chance. Seth will find his way.
Summer: I hope so. He just seems a little lost.

Julie: I’ve tried to be understanding. I’m sorry if Frank isn’t as hilarious as Bullitt was.
Kaitlin: It’s not even about that!
Julie: Then what is it? Is it the money?
Kaitlin: Mom, look at us. In the past year we’ve lost Dad, we’ve lost Marissa. We had Dr. Roberts and we lost him. And then we got The Bullitt, lost him. What makes you think that this guy is going to stick around any longer?
Julie: Kaitlin, am I crazy or did you say that it was okay for me to date Frank?
Kaitlin: Yes, to date him. But it’s been a week and he’s practically living in our house. Like he’s family! He is not family. You and I are. I mean why can’t we just act like that for a little while?

Taylor: Would you have said you loved me if you had known I’d gotten into Berkeley?

Kaitlin: I just wish there was a way you could tell if it was all gonna work out.
Ryan: Yeah but there isn’t. But I promise you I will always be your brother. In a completely non-creepy way.

Kaitlin: Wait, Ryan. As your sister, if you don’t tell Taylor that you love her, you’re an idiot.
Julie: She’s right.

Summer: But you love movies.
Seth: I do. I love going to them and then telling people what’s wrong with it.

Summer: Do not insult Al Gore.

Taylor: Ryan, this is amazing. Are you sure this is from you?