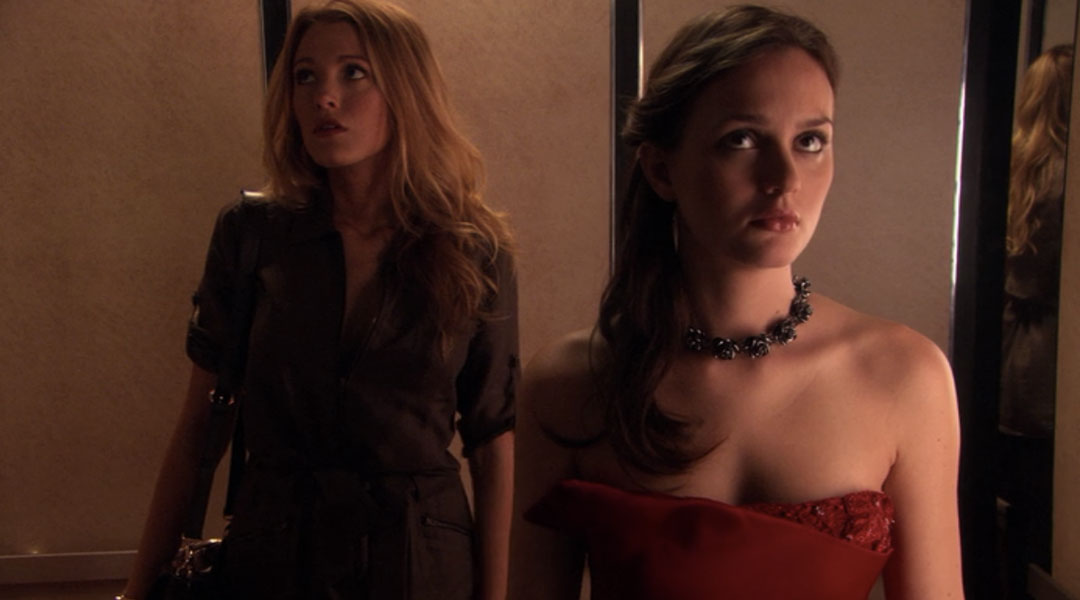 Gossip Girl: Have you been so busy that you’ve forgotten what time of year it is? Let me give you a hint: couture, quadrilles and cutthroat competition. That’s right. It’s time for cotillion.

Gossip Girl: Just like the mob, New York prep schools have their own five families. You may be the John Gotti of Constance, Little J. But that doesn’t mean you’ll ever be a part of this Cosa Nostra.

Chuck: Do you really think I want to spend the weekend watching girls with tramp stamps work out their daddy issues?

Chuck: Isn’t it about time you and Serena made up? You love cotillion. You should be doing it together.

Olivia (Hilary Duff): It’s for real this time. My parents, manager, three of my agents are all flying in from LA on Monday to convince me to do it. It’s like The Sopranos but with bagels.

Eric: It helps if you count out loud.
Jenny: Eric you don’t have to be nice to me. I’ve been so awful to you and Jonathan.
Eric: It’s true. But I’m a better person than you are.
Jenny: That’s also true.

Gossip Girl: In the complicated world of debutante balls, one must choose her dance partner wisely. You never know when a hand on the hip can lead to a knife in the back.

Jenny: Look I have enough of my own problems, so I’m not going to let you guys make me a pawn in your war.

Blair: This is not like your wedding day. Cotillion only happens once.

Serena: You have fun tonight. These are probably the last people in New York who thinks you matter.

Blair: Jenny, you’re lucky to have me. Don’t push it.
Jenny: Your era’s over. And so is that headband.

Gossip Girl: Uh oh, Little J. You stepped on Eric’s toes one too many times. Now he’s found a new partner. Who knows what could happen when these two start to tango.

Nate: What are she and Serena fighting about this time?
Chuck: Basically how each one loves the other more than the other loves her.
Nate: Can you even fight about that?

Gossip Girl: We hear Jenny Humphrey has landed Graham Collins as her escort. Better put on that lip gloss ladies. Looks like you’ll be kissing Jenny Humphrey’s ring by the end of the night.

Gossip Girl: Spin your partner round and round. Looks like Little J is going down.

Blair: I’m trapped in the elevator with someone who sucks all the air out of the room. Send help or I’ll be dead within the hour.
Chuck: Not until you two work things out.
Blair: Bass? This is a punishable offense! And not the kind of punishment you like.
Chuck: I’m only doing what you refuse to do yourself.

Gossip Girl: Jenny Humphrey went to the ball. Jenny Humphrey had a great fall. And none of her minions, mentors or friends want to put Jenny together again.

Blair: Not knowing you is your father’s loss.
Serena: Maybe, but I just can’t seem to let him go.

Gossip Girl: Oh E, you tried to play dirty at the dance. But you should know, nobody puts Jenny in the corner. And now she’s having the time of her life.

Jonathan: I liked you because you were different from everyone else. You were smart and you knew who you were. You didn’t need to prove anything to anyone. And now— I’m sorry Eric, but it’s over.

Gossip Girl: Some people think that when the party ends the night is over. But I’ve found it’s when the music stops and the lights come up it’s where the real trouble begins.

Rufus: I still really don’t get how these events work.

Gossip Girl: You better get your beauty rest now. Because it looks like things could get ugly in the morning. XOXO —Gossip Girl