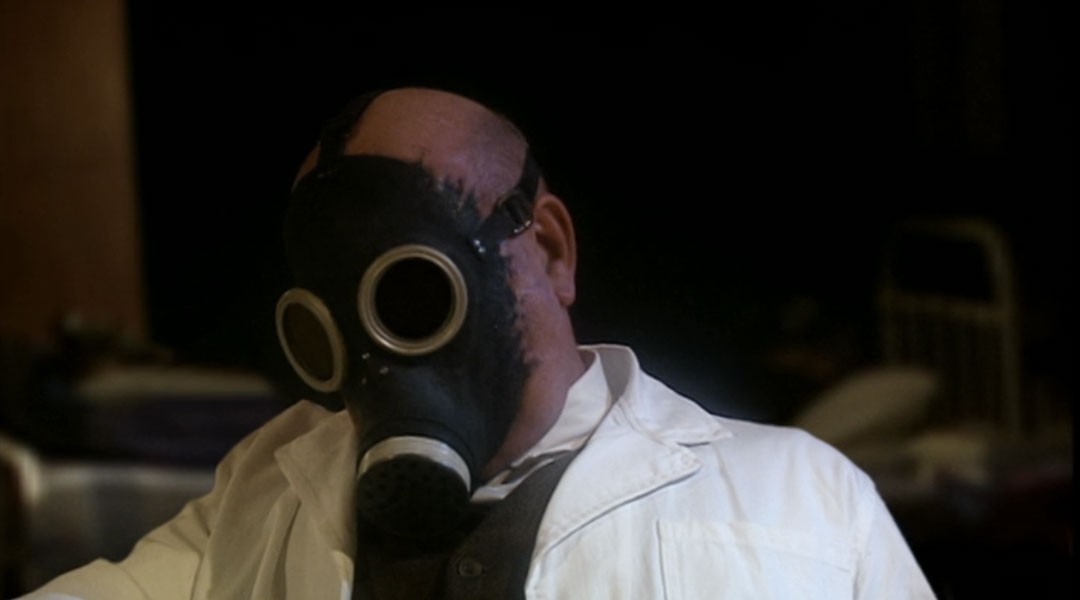 Rose: What’s the emergency?
The Doctor: It’s mauve.
Rose: Mauve?
The Doctor: Universally recognized color for danger.
Rose: What happened to red?
The Doctor: That’s just humans. By everyone else’s standards, red’s camp. Oh, the misunderstandings. All those red alerts, all that dancing. It’s got a very basic flight computer. I’ve hacked in, slaved the TARDIS. Wherever it goes, we go.
Rose: And it’s safe, is it?
The Doctor: Totally. things go awry. Okay, reasonably. I should have said reasonably there.

The Doctor: Know how long you can knock around space without having to bump into Earth?
Rose: Five days? Or is it when we’re out of milk?
The Doctor: All the species in all the universe and it has to come out of a cow.

Rose: What’s the plan then? You going to do a scan for alien tech or something?
The Doctor: Rose, it hit the middle of London with a very loud bang. I’m going to ask.

Rose: Not very Spock, is it? Just asking.
The Doctor: Door, music, people. What do you think?
Rose: I think you should scan for alien tech. Give me some Spock. For once, would it kill you?
The Doctor about Rose’s Union Jack t-shirt: Are you sure about that t-shirt?
Rose: Too early to say. I’m taking it out for a spin.

The Doctor: Might seem like a stupid question, but has anything fallen from the sky recently? {the crowd is confused and then starts laughing} Sorry, have I said something funny?

The Doctor to the cat: You know, one day— Just one day, maybe, I’m going to meet somebody who gets the whole “Don’t wander off” thing. Nine hundred years of phonebox travel, it’s the only thing left to surprise me. The phonebox rings.

Captain Jack: Okay, okay, I’ve got you!
Rose: Who’s got me? Who’s got me and, you know, how?
Captain Jack: I’m just programming your descent pattern. Stay as still as you can and keep your hands and feet inside the light field.
Rose: Descent pattern?
Captain Jack: Oh, and can you switch off your cellphone? No, seriously. It interferes with my instruments.
Rose: You know, no one ever believes that.
Captain Jack: Thank you. Much better.
Rose: Oh yeah, that’s real load off, that is. I’m hanging in the sky in the middle of a German air raid with a Union Jack across my chest, but hey! My mobile phone’s off!

Captain Jack: Are you all right?
Rose: Fine. Why, are you expecting me to faint or something?
Captain Jack: You look a little dizzy.
Rose: What about you? You’re not even in focus. she faints.

The Doctor: So that’s what you do, is it, Nancy?
Nancy (Florence Hoath): What is?
The Doctor: As soon as the sirens go, you find a big fat family meal, still warm on the table with everyone down in the air raid shelter and bingo! Feeding frenzy for the homeless kids of Londontown. Puddings for all. As long as the bombs don’t get you.
Nancy: Something wrong with that?
The Doctor: Wrong with it? It’s brilliant. I’m not sure if it’s Marxism in action or a West End musical.

Nancy: Why’d you follow me? What d’you want?
The Doctor: I want to know how a phone that isn’t a phone gets a phone call.

Rose: So, um, who’re you supposed to be then?
Captain Jack: Captain Jack Harkness. 133 Squadron, Royal Air Force. American volunteer.
Rose: Liar. This is psychic paper. It tells me whatever you want it to tell me.
Captain Jack: How do you know?
Rose: Two things. One, I have a friend that uses this all the time. And two, you just handed me a piece of paper telling me you’re single and you work out.
Captain Jack: Tricky thing, psychic paper.
Rose: Yeah. Can’t let your mind wander when you’re handing it over.
Captain Jack: Oh. You sort of have a boyfriend called Mickey Smith but you consider yourself to be footloose and fancy free.
Rose: Wha’?
Captain Jack: Actually, the word you use is “available”.
Rose: No way.
Captain Jack: And another one: “very”.

The Doctor: Amazing.
Nancy: What is?
The Doctor: 1941. Right now, not very far from here, the German war machine is rolling up the map of Europe. Country after country, falling like dominos. Nothing can stop it—nothing. Until one tiny, damp little island says “No”. “No. Not here”. A mouse in front of a lion. You’re amazing, the lot of you. I don’t know what you do to Hitler, but you frighten the hell out of me.

The Doctor: You’re very sick.
Dr. Constantine (Richard Wilson): Dying, I should think. I just haven’t been able to find the time. Are you a doctor?
The Doctor: I have my moments.

Dr. Constantine: Before this war began I was a father and a grandfather. Now I am neither. But still a doctor.
The Doctor: Yeah. I know the feeling.

The Doctor: Mr. Spock?
Rose: What was I supposed to say? You don’t have a name. Don’t you ever get tired of Doctor? Doctor who?
The Doctor: Nine centuries and I’m coping.