Hm. Instead of random words, I am going to post random images. Oh c’mon people. It’ll be fun! 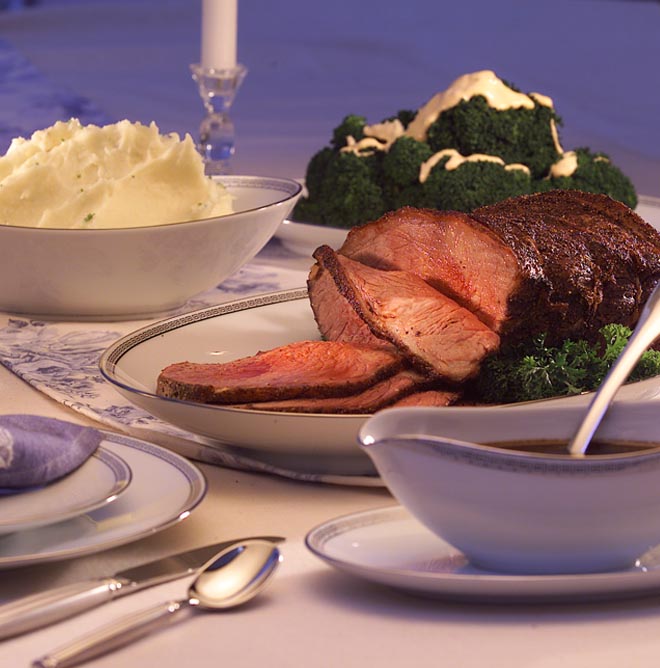 My mom’s china (see above) is famous. It’s featured in one of the cookbooks I prattle on about. The shot’s rather traditional, but it turned out nice.

Say hi to Clarus the Dogcow. If you click on her, she’ll say Hi back.

The above font is Clairiccimo. Named after me.

Okay, I created the font and it and named it after me.

I earned the nickname when I first started working on bibles. I was trying to figure out where to hyphenate Sadducees. So I asked out loud and pronounced it “Saduccis”. As in Father Guido. And everybody cracked up.

I was informed, between giggles, that it was pronounced “Sad-you-see”. “They don’t believe in Jesus. So they’re sad, you see.” So Duff started calling me Clairiccimo.

Anyway, a few years later I had to make this pain-in-the-ass font. Didn’t know what to call it.

I have been looking for a Mao t-shirt for the past ten years. I want one as bad as I want a square ring. I’m sure you’ve seen the shirts. They’re red with his image in black.

Anyway, I might have a hook-up. My mom’s best friend is going to China and I asked her to get me one. So, if she remembers and if they still make them, I’m golden. *crosses fingers* 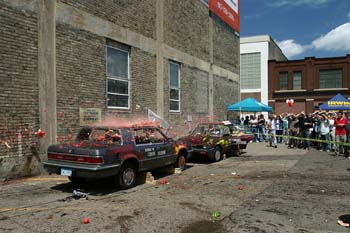 This is what it looks like when you drop watermelons repeatedly on a car from atop a five-story building. 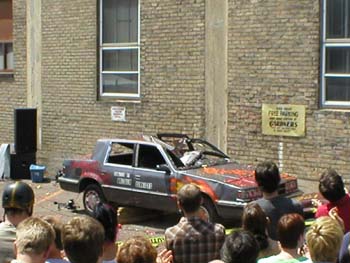 And this? Well, this is what it looks like when you drop an anvil on a car from atop a five-story building.

And this… this would be what happens when you chainsaw a car completely in half.

This is what my family does for fun one day every summer. And you, gentle reader, wonder why I’m as random up as I am. For context, they own a hardware store in the Minneapolis warehouse district.