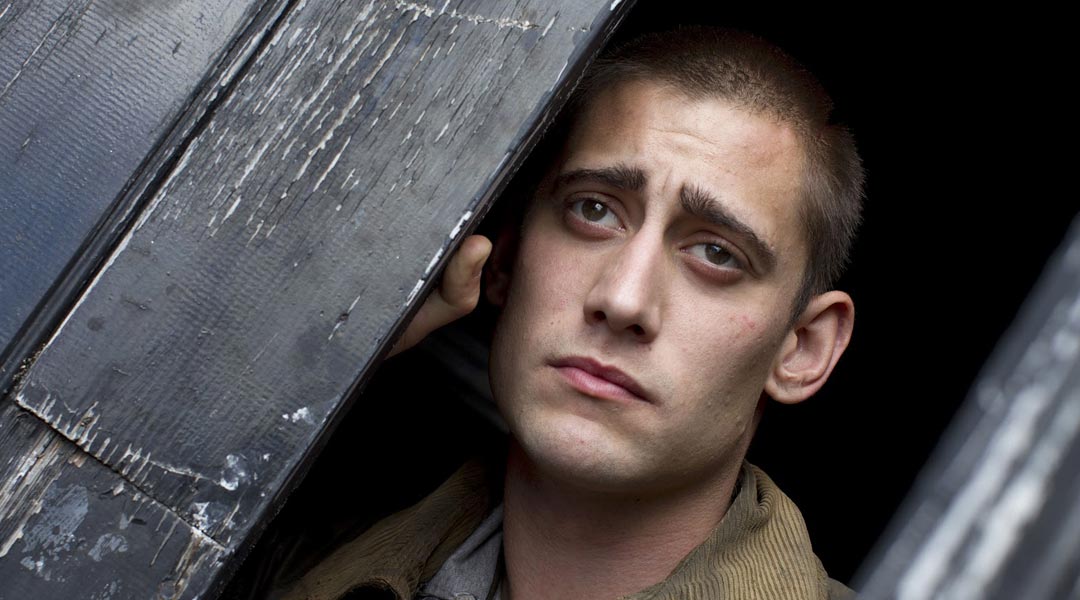 McNair: How did you know I was here?
Tom: Spidey Sense, Dad. Wasn’t your fault.
McNair: Come on. There’s more coming. Tom.
Tom: Dad. I saw another one. There’s another one of us.

McNair: Okay, you won’t remember, but when you were small, mum used to tell you to be brave. Before me and her would go into the woods. And you were. You were so brave, Tom. And you have to be now. You’re gonna be brave, aren’t you? Maybe next month you’ll be brave enough to come with me.
Tom: Augh! Dad! Dad! Don’t leave!

Tom: She was pretty though, wasn’t she?
McNair: We do not judge women by their looks.
Tom: Why didn’t you tell them the truth?
McNair: We don’t know them.
Tom: Yeah, but if they’re like us shouldn’t we help them?
McNair: Just because they’re like us, does not mean they’re like us.
Tom: What if they’re part of the pack?
McNair: They’re not.
Tom: How do you know?
McNair: I just do.
Tom: Then how will I know?
McNair: You know in the summer when we pick fruit, the flower’s open for the bees? Well, you’re like a bee and you’re looking for a flower. It’s nature, Tom.
Tom: I don’t understand, Dad. All right? If it’s normal then why wouldn’t you let me speak to them?
McNair: Look, you’re going to feel certain urges. Hm? I was the same.
Tom: With mum.
McNair: But you shouldn’t get that confused with finding the pack. You know? Because one day, when we do, you’ll meet someone you like and she feels the same then you can be a bee and… she can be a flower and—they should get some air conditioning in here—I’m just saying, there’s no rush. It’s a special thing. And it needs to be with a special person. Like you.

Nina: Have you heard of other pregnant werewolves?
Tom: Of course. Mom and Dad.
Nina: So you were born a werewolf.
George: He was.
Tom: And I’m all right, aren’t I?
McNair: You’re perfect.
George: And the pregnancy. It was… it was fine? Even during the full moon?
Tom: Tell him Dad. The curse is really a blessing.
McNair: You know when your bones break? They mend… harder. And when your skin tears. It’ll heal. Tougher. The curse, it doesn’t hurt you. It makes you stronger.
George: Well that’s brilliant. Isn’t it?

Nina: What happened to your mum?
Tom: She was killed. By vampires.

Nina: What happened to your mum, Tom? If you don’t mind my asking.
Tom: We used to live in a house like you. With a TV and a garden. Didn’t bother anybody, just kept ourselves to ourselves. Then they sort of found out what we were. Maybe they saw mom and dad in the forest. Then the vampires came. Heard the story of the three little wolves. And the big fat pig burst out of the ass. Dad fought as many as he could but there were too many of them, and when mom tried to run away she was too slow ’cause she was carrying me.
Nina: How old were you?
Tom: Just a baby. Vampires don’t care.
Nina: So you don’t remember any of this yourself?
Tom: Nope. Dad taught me everything.
Nina: And you believe him?
Tom: Well he’s a good man.
Nina: Oh yeah. But even so it can’t be healthy, just the two of you all the time.
Tom: That’s why we’re looking for the pack.
George: The pack?
Tom: It’s like a family of people, like the three of us. Where we belong.
George: I was attacked. I’m not a part of any pack.
Tom: Doesn’t matter. If the werewolf that chose you was part of our pack then you are too.
Nina: And… where are you going to find this pack?
Tom: Could be anywhere. That’s why we keep on moving.

McNair: Yeah, finding the pack’s important but there’s another reason we live like this.
Tom: Kill vampires.
McNair: It’s our calling. It’s our task. We are soldiers.
Tom: I know, Dad—
McNair: So you get your results tomorrow and we go. Don’t get too attached. George and Nina aren’t going to like us after we kill their friend.

Tom: So how are the results?
Nina: I’m not going to examine you. You can put your clothes back on.
Tom: I didn’t take my top off for that. If I have to leave tomorrow I just want you to know how I feel.
Nina: Tom—
Tom: And I think you feel the same.
Nina: No, but—
George: What’s going on?
Tom: I love her.
Nina: What?
George: I love her.
Tom: Well maybe we both love her. And that makes us a pack.
Nina: There is no pack. Your tests yesterday, I sent them to a lab. The police keep records of missing people in case they ever turn up in hospital. You’re not who you think you are. I’m sorry Tom, but you weren’t born a werewolf. You caught it. Like us.

McNair: Please Tom, don’t do this.
Tom: And me mum?
McNair: I was changed. I didn’t know what I was doing! You must have been camping, the three of you. I don’t remember. I come back the next day, you’re there. You were just a baby. I thought you were dead. But you were warm and bloody and you were still breathing. How was I supposed to explain it, Tom? I always tried to do the best for you.
Tom: What about the pack?
McNair: It’s just me and you.

Tom: This is for your baby.
Nina: Thank you. If we still have a baby. After tonight.

McNair: Maybe they are your pack.
Tom: I think they’ve got their own pack. No, back to Cornwall’s where I want to go.
McNair: You can take the truck. I’ll be all right.
Tom: We still need to find a distributor cap. Plus you need to teach me how to drive.

Episode 7 : Though the Heavens Fall

Tom: Do you think he needs to go to hospital?
Nina: Well I’m going to have to clean it out, but it doesn’t look to deep.
McNair: See? Told ya.
Nina: But you really should have got it dressed earlier. It could be infected.
Tom: See? I told ya.
Nina: Look, George, why don’t you take Tom and get me some hot water and basically anything that’s, you know, in another room.

George: I mean you’re what? Nineteen, twenty? You shouldn’t be killing vampires from a shitty camper van. You, you— You should have chlamydia. A twenty-four hour hangover. Because trust me, Tom, you will look back and they will be the best years of your life.
Tom: I don’t have a choice.
George: Um, yeah you do. You could stay here.
Tom: McNair would never agree to that.
George: Oh please! Screw bloody McNair.
Tom: You people really do swear a hell of a lot, don’t ya? Just an observation. McNair says it suggests a limited vocabulary.
George: Oh right, does he? Well actually I can speak six different languages. And McNair can just… piss off.

Tom: Anthony Michael McNair. Murdered by a vampire. Avenged by his son.
Mitchell: Tom, leave him alone. Don’t touch him. If you did, I kill George.
Tom: You wouldn’t, he’s your friend.
George: He would.
Mitchell: Try me.
Tom: He killed McNair.
Mitchell: He’s one of your own. Don’t let this happen.