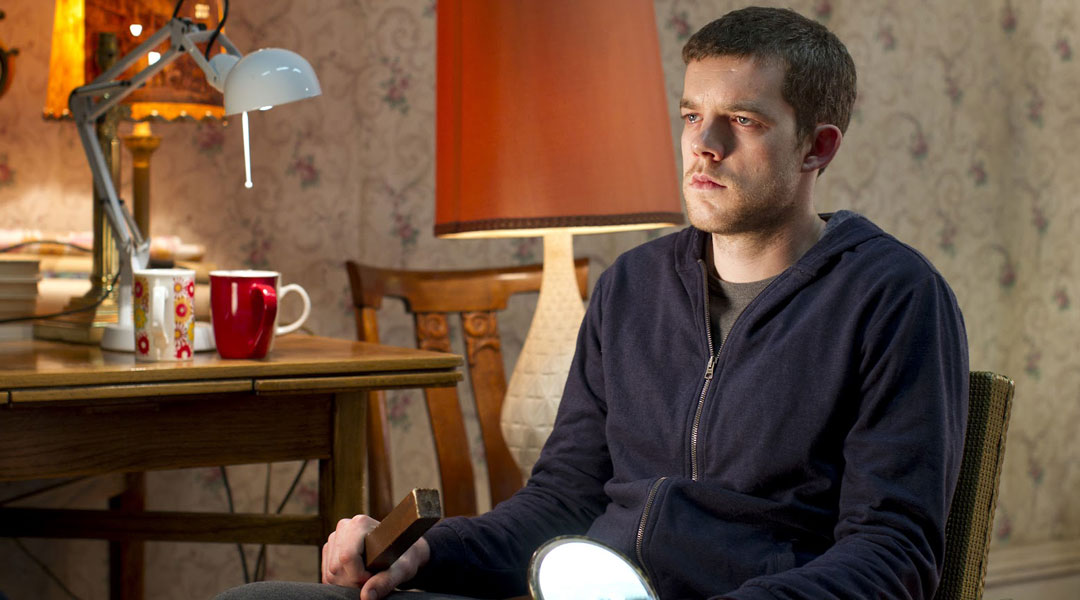 Eve of the War

Annie: Only me. Didn’t want to Rent-a-Ghost in and startle you. Just… {she indicates the tea}. Oh, I’m itching for a cuddle. Go on, I’ll give you fifty quid. {silence} I was thinking that I could take her out. Just into the garden. Just to give you a bit of a break.
George: She doesn’t leave this room.
Annie: You know, she needs fresh air. Things to look at. I’ll make sure no one sees us. First sign of trouble, I’ll be out of there.
George: Nina left. Nina died. So like I said, she doesn’t leave this room.
Annie: This isn’t good for her. For either of you.
George: I’m protecting her.
Annie: She needs a father, George. Not a bodyguard.
George: Move. Out of the way.
Annie: Actually, what she needs is a name.
George: Every time I think of a name, all I can see is it written on a gravestone.
Annie: You think you’re the only one in pain here? The only one grieving. ‘Cause I’ve lost a lover and I’ve lost my best friend and I’m not— Look at this. They’ve won, you realize that. With you like this, they’ve already won, George.

Tom: Is she a werewolf?
George: She can see Annie. So probably.
Tom: Oh god, George. She’s beautiful. Have you given her a name yet?
George: I’ve been kind of busy.
Tom: Even McNair gave me a name and he ate my parents.

George: You hardly knew Nina.
Tom: I knew her enough.

Annie: I just think we need to talk about this first.
George: What’s to talk about? I thought you wanted me to stop moping.
Annie: George, I meant have a shower, not storm the Bat Cave. Besides it’s, um, Splodge’s first transformation.
George: “Splodge”?
Annie: Yeah. Daft, isn’t it? It’s almost as if she hasn’t been given a proper name.
George: The curse repairs what it damages. She’ll be fine.

George: They used baseball bats.
Tom: What?
George: She’d only gone to the shops. She hadn’t left the house since she’d had our daughter a week or so earlier. I told her, get some fresh air. And they were waiting for her.

George: It’s a trap.
Tom: Where are they now?
George: Oh god.

Tom: George, you’re about to change. You won’t make it home in time. You’ll change in the street.
George: But the baby!
Tom: I know, I know, I know. But Annie will look after her. You know she will.
George: It’s a trap!

Tom: I thought we could do this together. Like me and McNair, back in the day.
George: Tom, I am not your fucking father!
Tom: You ain’t nobody’s father.

George: Give me back my fucking daughter!
Griffin: Don’t panic. She’s alive.

George: What’s going on?
Vampire: They’re going to execute the baby. You weren’t that attached to her, were you?

Regus: How did you do that? Become half a werewolf?
George: I tricked my body into the transformation so I’d be strong enough to break out of the cage.
Regus: That’s bad. You’ll have started the internal transformation too.

George: Annie, listen to me. You’ll have to look after her now.
Annie: George—
George: Promise me!
Annie: I promise. Of course I promise.

George: Stay with her. The vampires will be back to get her. You have to stay with them always. Do you understand?
Tom: Yeah.

George: Annie. It’s okay. It’s just the end of my story. I have to be with my Nina.
Annie: Please George. Please not you as well, I can’t. I can’t lose you as well.
George: You take care of her.

George: She’s going to save the world.

View all quotes from Eve of the War