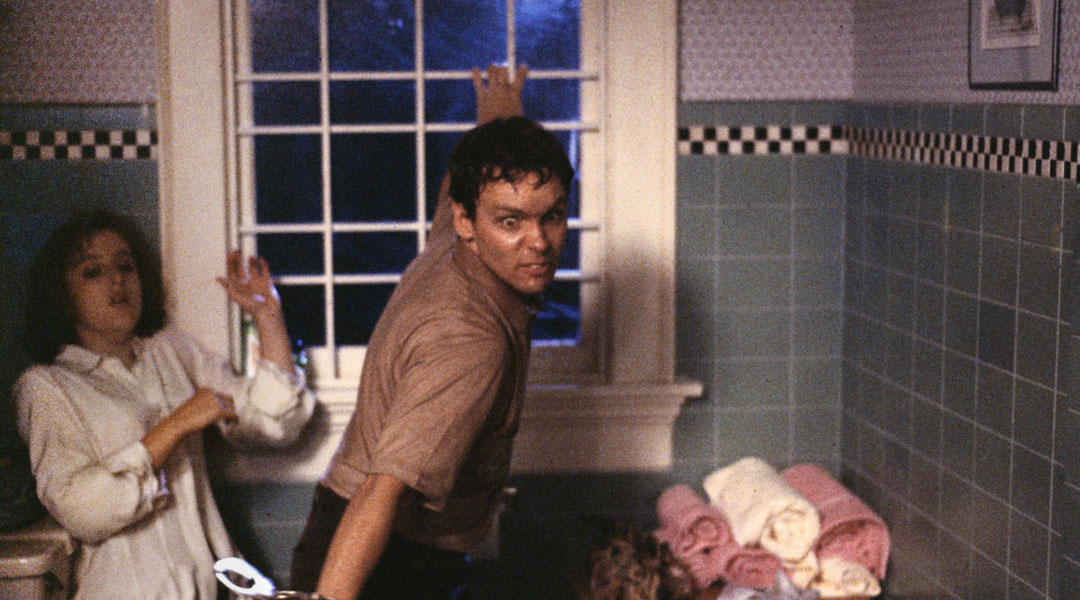 Tom Colton (Donal Logue): So how are you doing? Have you had any Close Encounters of the Third Kind?
Scully: Is that what everyone thinks I do?
Colton: No, of course not. But you do work with Spooky Mulder.
Scully: Mulder’s ideas may be a bit out there, but he is a great agent.
Colton: Yeah, well I’ve got this case that’s “out there.” Baltimore P.D. calls. They want our help on a serial killer profile. Three murders began six weeks ago. Victims vary in age, race, gender—no known connections to each other.
Scully: Well I take it there’s a pattern.
Colton: Point of entry. Actually, the lack of one.

Scully: This looks like an X-File.
Colton: Let’s not get carried away. I’m gonna solve these murders. But what I would like from you is to go over the case histories. Maybe come down to the crime scene.
Scully: Do you want me to ask Mulder?
Colton: Okay, if he wants to come and do you a favor, great. But make sure he knows this is my case. Dana, if I can break a case like this one, I’ll be getting my bump up the ladder. And you? Maybe you won’t have to be Mrs. Spooky anymore.

Mulder: Why didn’t they ask me?
Scully: They’re friends of mine from the academy. I’m sure they just felt more comfortable talking to me.
Mulder: Why would I make them so uncomfortable?
Scully: It probably has to do with your reputation.
Mulder: Reputation? I have a reputation?
Scully: Mulder look, Colton plays by the book and you don’t. They feel your methods, your theories are—
Mulder: Spooky? Do you think I’m spooky?

Colton: So Mulder, what do you think? Does this look like the work of little green men?
Mulder: Grey.
Colton: Excuse me?
Mulder: Grey. You said green men. A Reticulan’s skin tone is actually grey. They’re notorious for their extraction of human terrestrial livers. Due to the iron depletion in the Reticulum galaxy.
Colton: You can’t be serious.
Mulder: Do you have any idea what liver and onions go for on Reticulum?

Scully: Mulder, they don’t want you involved. They don’t want to hear your theories. That’s why Blevins has you hidden away down here.
Mulder: You’re down here too.

Mulder: In our investigations you may not always agree with me, but at least you respect the journey.

Mulder: I’m gonna plow through this century’s marriage, birth, death certificates and… do you have any dramamine on you by any chance? Because these things make me seasick.

Scully: Oh my God, Mulder. It smells like… I think it’s bile.
Mulder: Is there any way I can get it off my fingers quickly without betraying my cool exterior?

Scully: Is this what it takes to climb the ladder, Colton?
Colton: All the way to the top.
Scully: Then I can’t wait ’til you fall off and land on your ass.