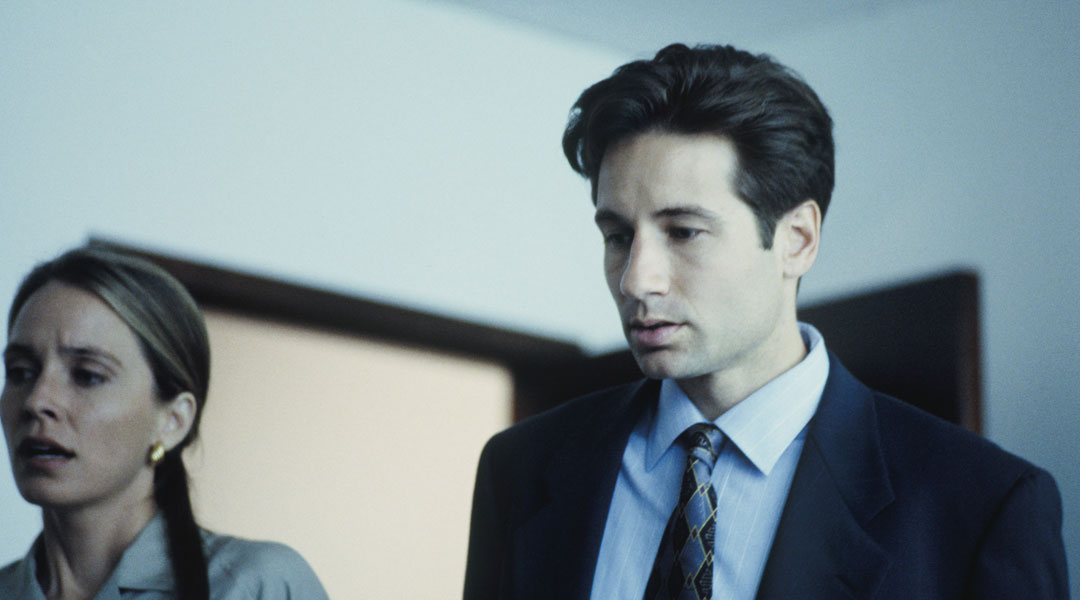 Section Chief Blevins (Charles Cioffi): In essence, Mulder is petitioning the Bureau to assign a case number to a tabloid headline.

Blevins: In your opinion, has Agent Mulder’s personal agenda clouded his professional judgment?
Scully: In my opinion, no.
Blevins: But you can see how it might appear that way.

Scully: I just think it’s a good idea not to antagonize local law enforcement.
Mulder: Who me? I’m Mr. Congeniality.
Scully: You never know, we might need his help one of these days.
Mulder: I’ll send him a bundt cake.

Mulder: How could an eight year old boy who can barely multiply be a threat to national security? And people call me paranoid.

Mulder: The boy is the key, Scully. I know it.
Scully: The key to what?
Mulder: Finding Ruby. Just think about it for a minute. This is a boy who’s receiving all kinds of digitized data from a television screen.
Scully: Agent Hatsumi said it was a statistical aberration. Okay, I admit it’s not much of an explanation.
Mulder: I think that Kevin is a conduit of some kind.
Scully: A conduit?
Mulder: A link. Or a connection. To whoever or whatever took Ruby that night.

Mulder: You know, when I was a kid I had this ritual. I’d close my eyes before I walked into my room. Because I thought that one day when I opened them my sister would be there. Just lying in bed. Like nothing ever happened. You know I’m still walking into that room. Every day of my life.