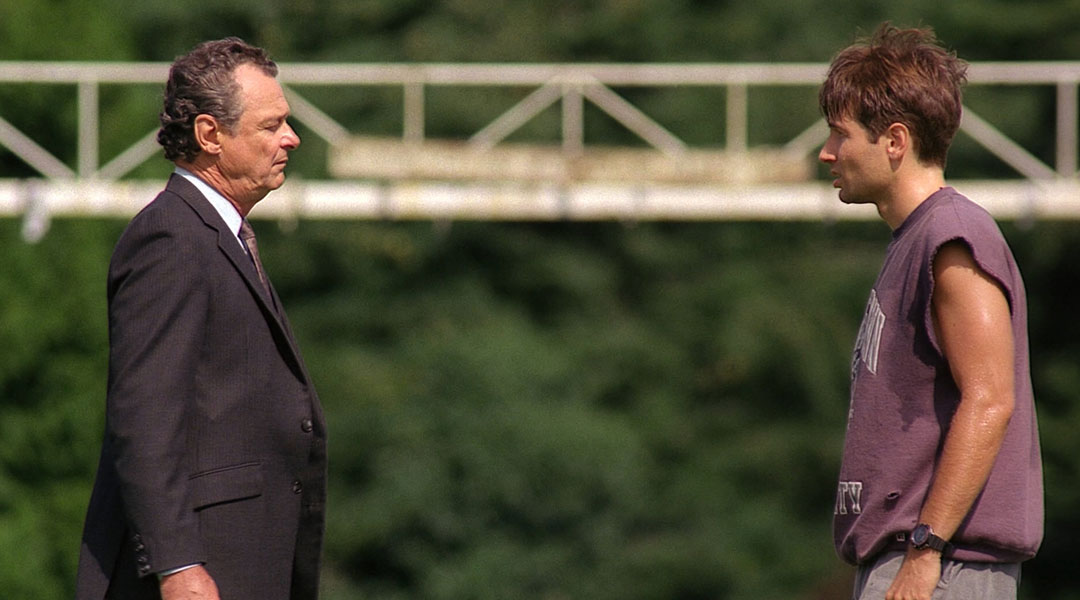 Mulder: Can I buy you a drink?
Scully: It’s two o’clock in the afternoon, Agent Mulder.
Mulder: It’s not stopping the rest of these people.

Scully: What reason would the military have to kidnap their own men?
Mulder: That’s the $64,000 question, Scully.

Scully: Well it can’t be aircraft. Aircraft can’t maneuver like that.

Mulder: Do they look anything like this?
Emil (Seth Green): No. {Mulder looks disappointed} They look exactly like that.

Mulder: You saw exactly what I saw in the sky last night. What do you think they were?
Scully: Just because I can’t explain it doesn’t mean I’m going to believe they’re UFOs.
Mulder: Unidentified Flying Objects. I think that fits the description pretty well. Tell me I’m crazy.
Scully: Mulder, you’re crazy.

Emil: Oh man. Did we tell him about the landmines and junk?

Mossinger: You do anything stupid and this situation could get big in a hurry.
Scully: Yeah, you just keep telling yourself that.

Scully: We don’t know anything. Anything more than when we got here. And that’s what I’m going to write in my field report. Let’s get out of here, Mulder. As fast as we can.

Deep Throat: Your lives may be in danger.
Mulder: Why?
Deep Throat: Well. You’ve seen things that weren’t to be seen. Care and discretion are now imperative.
Mulder: I saw something—
Deep Throat: As I said, I can provide you with information but only so long as it’s in my best interest to do so.
Mulder: What is your interest?
Deep Throat: The truth.
Mulder: I did see something. But it’s gone. They took it from me. They erased it. You have to tell me what it was.
Deep Throat: A military UFO.