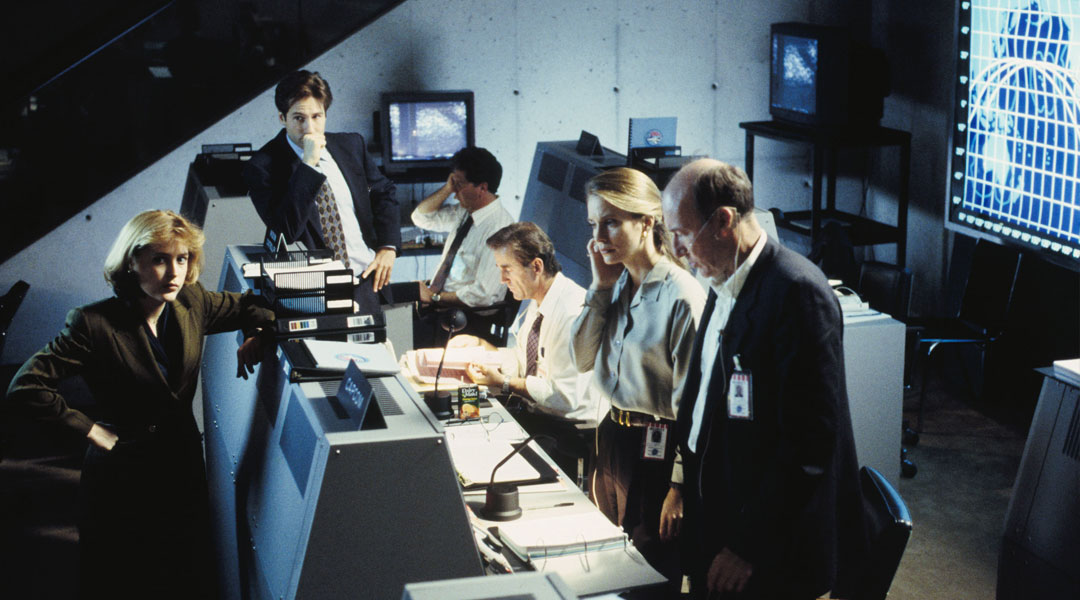 Scully: What did the note say?
Mulder: Just that they worked for NASA. They wanted to talk to someone from the FBI.
Scully: What’s with the cloak-and-dagger routine?
Mulder: I have no idea.
Scully: Think it’s a crank?
Mulder: It’s beginning to look that way.

Mulder: I stayed up all night when I was fourteen to watch your spacewalk.
Marcus Aurelius Belt (Ed Lauter): Well now it’s like a stroll around the block.

Scully: What do you think?
Mulder: I can’t believe we put so much faith in machines.

Scully: So you think this x-ray is bogus?
Mulder: God, I hope so.

Belt: You know what it means to be an astronaut, sir? You risk your life every time you get into your spacecraft. For nothing more than the good promise of mankind.
Mulder: You’ve got no argument from me, sir. You’re true American heroes.
Belt: Heroes? We used to make headlines when we did our job right. Now they bury you in the back of the paper. Name me two astronauts in the last mission. You make the front page today only if you screw up.

Mulder: Scully, we send those men up into space to unlock the doors of the universe and we don’t even know what’s behind them. I think whatever it was, he took it with him. And in the end it was the only way he knew how to stop it.