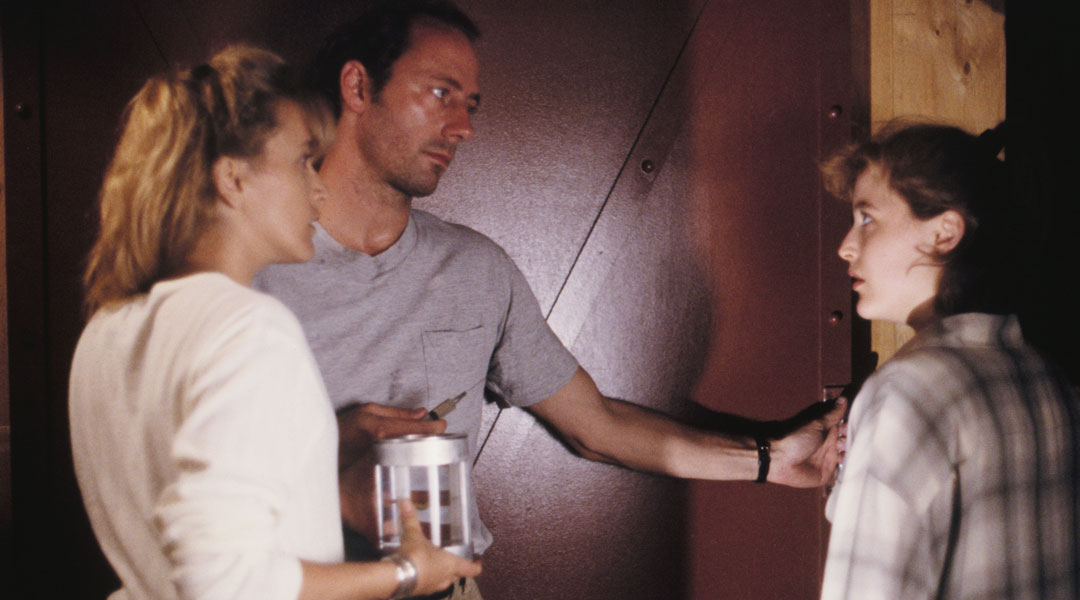 Scully: What happened up there?
Mulder: So far nobody’s been able to reach the compound because of bad weather. Obviously they think we’re either brilliant or expendable, because we pulled the assignment.

Dr. Murphy (Steve Hytner): Denny Murphy. Professor of Geology, UC: San Diego.
Mulder: San Diego? You get much of a chance to study ice down there?
Dr. Murphy: Just what’s around the keg.

Dr. Hodge (Xander Berkeley): Can I see some identification?
Mulder: Why?
Dr. Hodge: I want to make sure we are who we say we are.

Dr. Hodge: Parasitic diagnostic procedure requires that every one of us provide a blood and stool sample.
Bear (Jeff Kober): A stool sample?
Dr. Murphy: Wow. This kind of travel always makes that kinda tough. For me.
Mulder: Okay. Anybody got the morning sports section handy?

Mulder: Before anyone passes judgment, may I remind you we are in the arctic.

Dr. Hodge: Forty-five minutes after they evacuated us they torched the place. There’s nothing left.
Scully: Who did that?
Dr. Hodge: The military, Centers for Disease Control. You oughta know. They’re your people.
Mulder: It’s still there, Scully. Two hundred thousand years down. In the ice.
Scully: Leave it there.