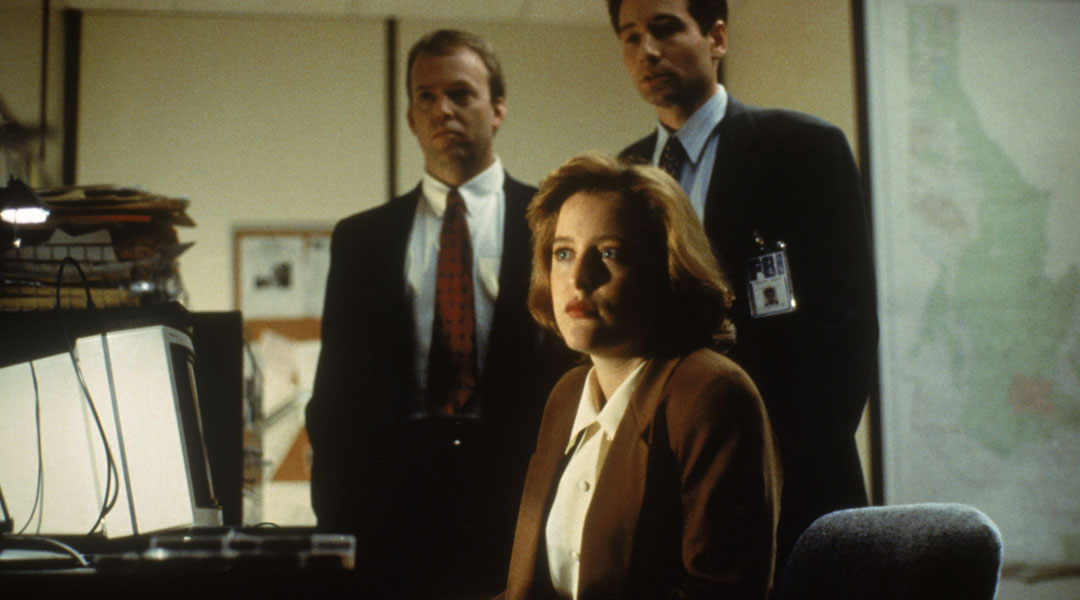 Scully about the talking elevator: It must be for the visually-impaired.
Mulder: How do you like that? A politically-correct elevator.

Scully: Is that your profile?
Mulder: Forget it. No.

Scully: It’s headline news how much this guy despised Drake.
Mulder: That just seems too obvious. To kill Drake would be so brazenly egomaniacal.
Scully: And fully consistent with Jerry’s excellent behavioral profile.

COS: Welcome back, Brad.
Wilczek: You’re not equipped with a voice synthesizer. What is my user level?
COS: That is now at the discretion of the operating system.

Mulder: So much for the element of surprise. What do you say we take the stairs?