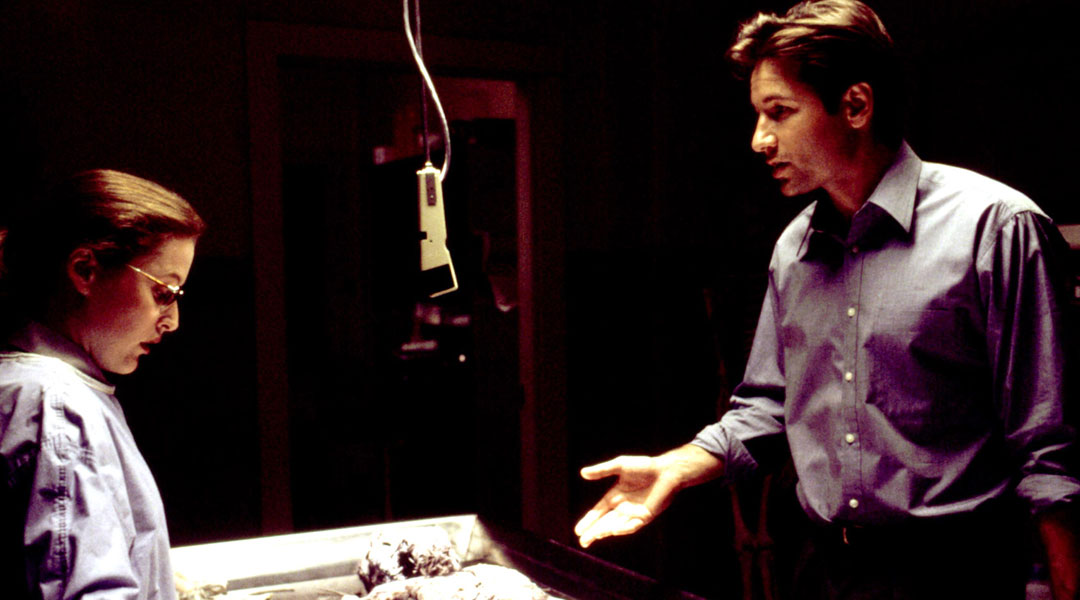 Scully: You lied. You have seen it before, I can tell. You lied to them.
Mulder: I would never lie. I willfully participated in a campaign of misinformation.

Scully: Are you saying Lauren Kyte crashed our car?
Mulder: Either that, or a poltergeist.
Scully: “They’re here.”
Mulder: They may be.

Mulder: You won’t find too many people at their boss’ grave who aren’t dancing on it.

Scully: I think Howard Graves fabricated his own death.
Mulder: Do you know how difficult it is to fake your own death? Only one man has pulled it off. Elvis.

Robert Dorlund: I came to say to say goodbye. To wish you luck. And to leave you with this little thought. I know Howard told you. And if it ever gets out I won’t waste my time trying to pin the source. I’ll go straight to you.
Lauren Kyte (Lisa Waltz): And you’ll do to me what you did to Howard? I know you had him killed.
Dorlund: Why would you say that?
Lauren: He told me.

CIA Agent: I can make her talk.
Mulder: My advice to you: don’t get rough with her.

Scully: I’m giving us a chance to solve a case that’s tangible. Instead of chasing after shadows.

Mulder: Hey Scully, do you believe in an afterlife?
Scully: I’d settle for a life in this one.
Mulder: Have you ever seen the Liberty Bell?
Scully: Yes.
Mulder: You know, I’ve been to Philadelphia a hundred times and I’ve never seen it.
Scully: Well you’re not missing much. It’s a big bell with a big crack, and you have to wait in a long line.
Mulder: But I’d really like to go.
Scully: Why now?
Mulder: I don’t know. How late do you think they stay open?