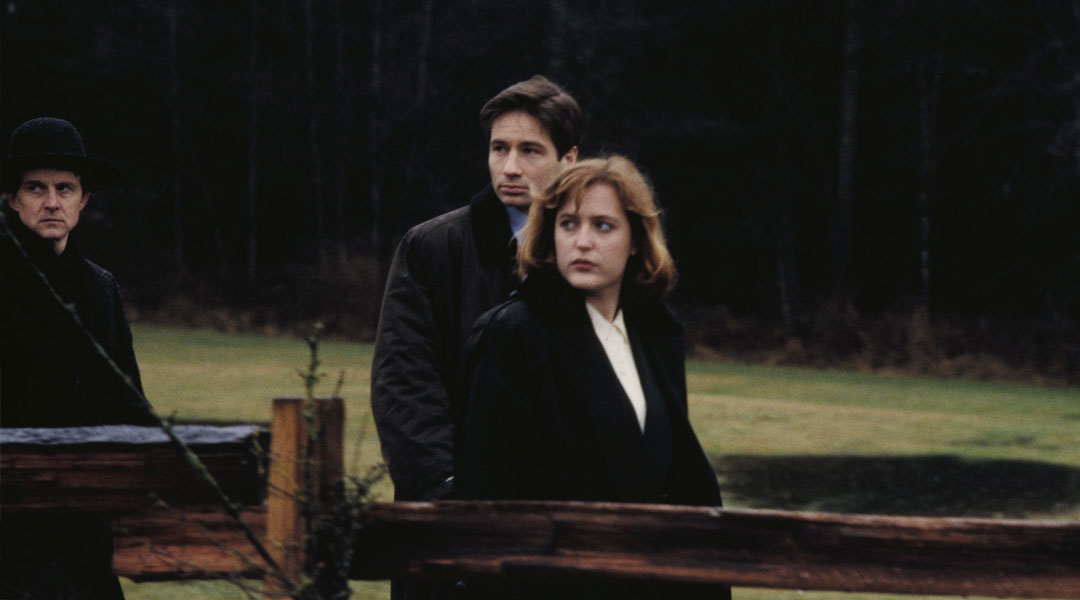 Scully: You know, I don’t even know why we got this call in the first place.
Detective Horton: Really? Somebody at the Bureau put out a memo requesting any case involving this exact C.O.D. I assumed it was—
Mulder: Thanks for the call.

Scully: So what is our profile of the killer? Indeterminate height, weight, sex. Unarmed. But extremely attractive.

Scully: Wait a minute, aren’t these people famous for their abstinence and their pure Christian ways?
Mulder: Yes. But it looks as if one of them may have forgotten to clean under his fingernails.

Mulder: You get any sense about them?
Scully: There’s something up there, Mulder.
Mulder: Oh, I’ve been saying that for years.

Scully: Well we can’t rule out the possibility that who we’re looking for is a transvestite.
Mulder: I think Don Juan in there knows the difference between the male and the female of the species.