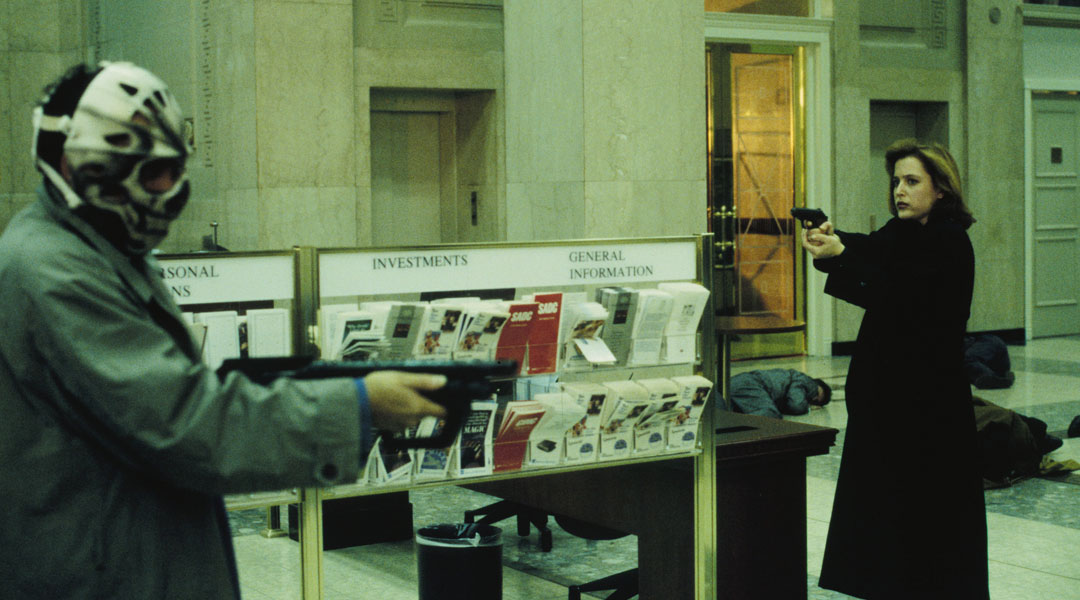 Dupré: What, are you nervous?
Lula: Nope. I just don’t want our luck to run out.
Dupré: Baby, you are my luck. And no matter what happens, whenever I look up at stars, I know you’re gonna be looking up at the same ones.

Mulder: You said that Dupré and Willis went into cardiac arrest at the exact same time, right?
Scully: Right.
Mulder: Which means that for a period of minutes, both men were technically dead.
Scully: Technically. But we resuscitated Willis.
Mulder: You resuscitated his body.
Scully: Mulder—
Mulder: Two men died in that crash room, Scully. One man came back. The question is, which one?

Mulder: How well do you know him?
Scully: We dated for almost a year. He was my instructor at the Academy.
Mulder: The plot thickens.

Bruskin: This isn’t one of your X-File theories, is it?
Mulder: It doesn’t matter what I think. We’re still after the same thing.

Scully about Willis’ watch: It’s not working. It stopped. At 6:47.
Mulder: The exact time that Jack went into cardiac arrest at the hospital.
Scully: What does that mean?
Mulder: It means…. It means whatever you want it to mean.