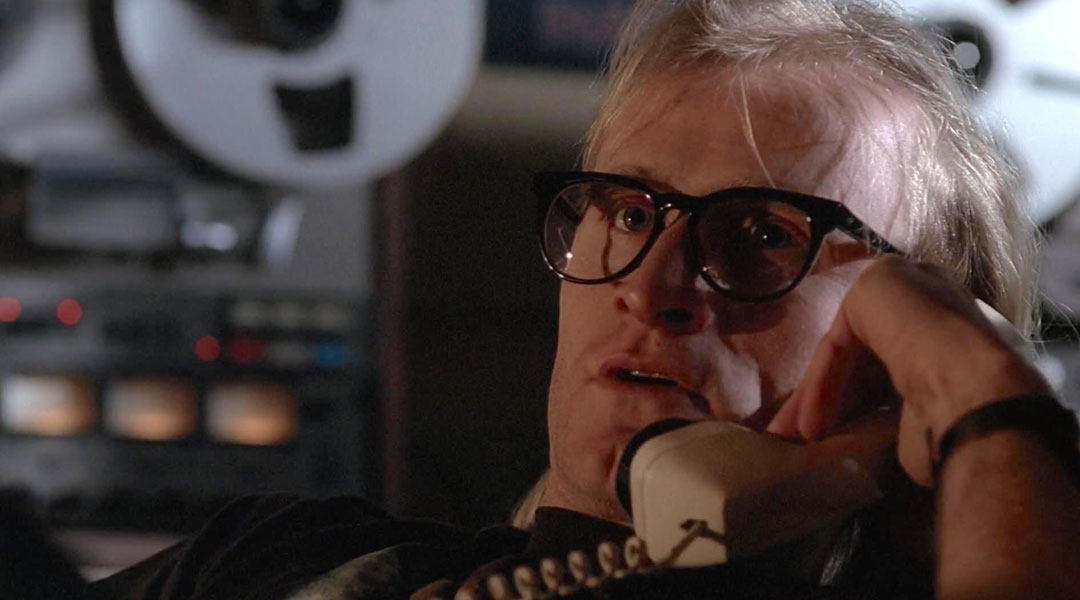 Mulder: I’m going to talk to some people when we get back to Washington.
Scully: Mulder, the military isn’t going to talk about classified aircraft.
Mulder: No, these guys are like an extreme government watchdog group. They publish
a magazine called the Lone Gunmen. Some of their information is first rate. Covert actions. Classified weapons. Some of their ideas… are downright spooky.

Richard Langly (Dean Haglund): Check it out, Mulder. I had breakfast with the guy who shot John F. Kennedy.
Mulder: Is that so?
Langly: Old dude now, but yeah. Says he was dressed as a cop on the grassy knoll.
John Fitzgerald Byers (Bruce Harwood): Hey Mulder, listen to this. Vladimir Zhirinovsky, leader of the Russian Social Democrats. He’s being put into power by the most heinous and evil force of the twentieth century.
Mulder: Barney?
Byers: The CIA.
Langly: Is this your skeptical partner?
Melvin Frohike (Tom Braidwood): She’s hot.
Byers: You don’t believe that the CIA, threatened by a loss of power and funding because of the collapse of the Cold War, wouldn’t dream of having the old enemy back.
Scully: I think you give the government too much credit.

Mulder: What do you know about Gulf War Syndrome?
Langly: Agent Orange of the nineties.

Langly: UFOs caused the Gulf War Syndrome. That’s a good one.
Byers: That’s why we like you, Mulder. Your ideas are weirder than ours.

Scully: Those were the most paranoid people I have ever met. I don’t know how you could think that what they say is even remotely plausible.
Mulder: I think it’s remotely plausible that someone might think you’re hot.

Scully: Mulder the truth is out there. But so are lies.

Deep Throat: A lie, Mr. Mulder, is most convincingly hidden between two truths.

Deep Throat: I’m not responsible for the electronic surveillance but I do know they can still hear you.

Mulder: Called every waystation and bureau office west of Colorado. Tied up an airphone for three hours. I don’t speak Japanese but I think some businessmen told me to stick a piece of sushi where the sun don’t shine.

Deep Throat: I know how badly—how very badly—you want to look through that window. But it would be pointless. It’s dead. After the Roswell incident in 1947, even at the brink of the Cold War, there was an ultra-secret conference attended by the United States, the Soviet Union, the People’s Republic of China, Britain, both Germanies, France. And it was agreed that, should any extraterrestrial biological entity survive a crash, the country that held that being would be responsible for its termination. I, um, have the distinction of being one of three men to have exterminated such a creature.

Deep Throat: I was with the CIA in Vietnam. A UFO was spotted for three nights over Hanoi. The Marines shot it down and brought it to us. Maybe… it didn’t know what a gun was, or perhaps they don’t show emotion. But that innocent and blank expression as I pulled the trigger has haunted me. Until I found you. That’s why I come to you, Mr. Mulder. And will continue to come to you. To atone for what I’ve done. And maybe sometime, through you, the truth will be known.