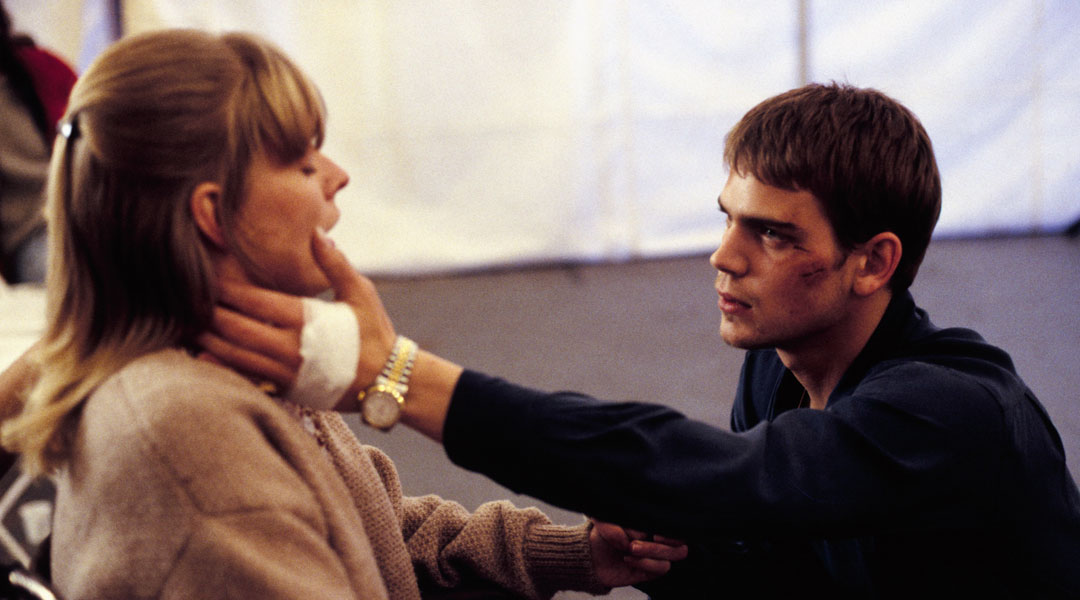 Scully: Maybe we should head backstage and see what the Reverend has to say.
Mulder: No wait, this is the part where they bring out Elvis.

Sheriff Daniels (R. D. Call): Ninety-nine percent of the people in this world are fools. The rest of us are in great danger of contagion.

Scully: Did he buy you all that jewelry too? I think there’s something missing in your story, Samuel.
Samuel (Scott Bairstow): Do you doubt the power of God, ma’am?
Scully: No. But I doubt the voracity of your claims.
Samuel: I have looked on the infirm and seen their sickness, their cancer. Just as I can see that pain of this man, right here.
Mulder: Really? What pain is that?
Samuel: The pain you have regarding a brother. Or sister. It’s an old pain. It’s never been healed.

Scully: Mulder, what is it?
Mulder: It was a girl.
Scully: Who, Jessica Hahn?
Mulder: A little girl.

Scully: I was raised a Catholic, and I have a certain… familiarity with the Scripture. And God never lets the Devil steal the show.
Mulder: You must have really liked The Exorcist.
Scully: One of my favorite movies.