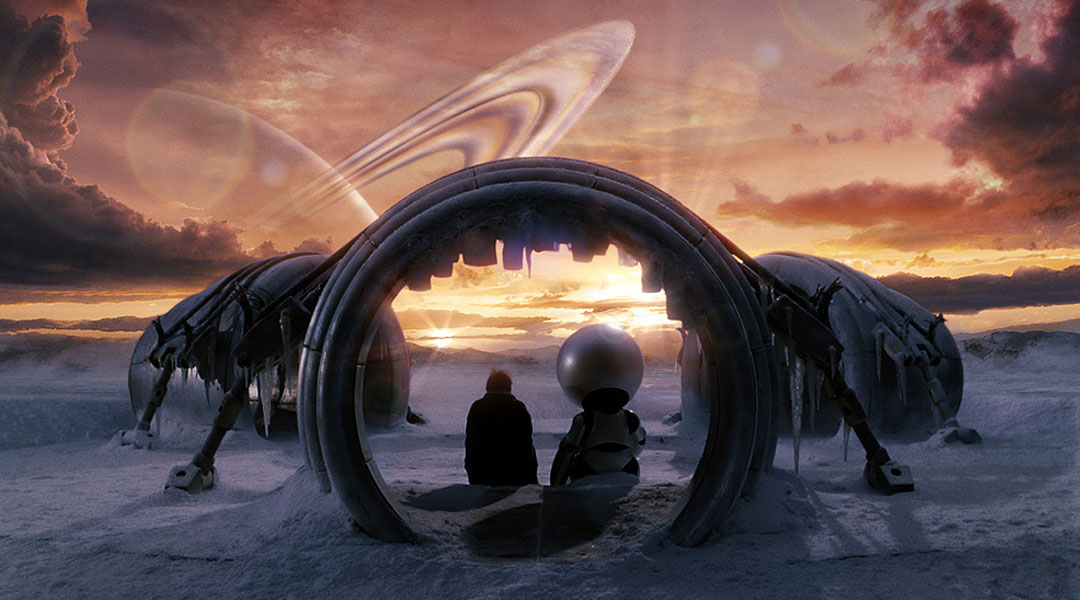 The story so far:

In the beginning, the Universe was created.
This has made a lot of people mad and been widely regarded as a bad idea.

He was standing rapping at one of the terminals of Eddie the Shipboard Computer. Zaphod told him.

“What’s it doing?”
“It is trying,” said Zaphod with wonderful restraint, “to make tea.”
“Good,” said his great-grandfather, “I approve of that.”

“Okay,” he said, “Where’s Zarniwoop? Get me Zarniwoop.”
“Excuse me, sir?” said the insect icily. It did not care to be addressed in this manner.
“Zarniwoop. Get him, right? Get him now.”
“Well, sir,” snapped the fragile little creature, “if you could be a little cool about it…”
“Look,” said Zaphod, “I’m up to here with cool, okay? I am so amazingly cool you could keep a side of meat in me for a month. I am so hip I have difficulty seeing over my pelvis. Now will you move before I blow it?”

“Listen, three eyes,” he said, “Don’t you try to outweird me. I get stranger things than you free with my breakfast cereal.”