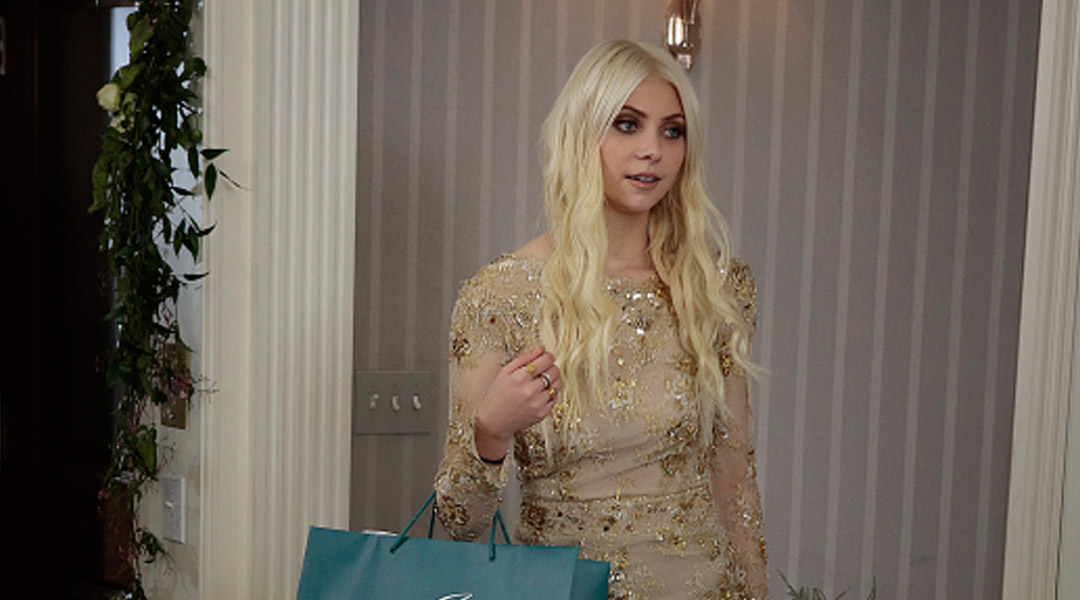 Jenny: Whatever you’re about to do, Blair, my dad and Lily are going to be home any minute.
Blair: Not to worry, Little J. This is going to be a very short conversation. I let you walk away after you whored yourself out to Chuck because I assumed you were smart enough never to come back. I might have been willing to make exceptions for holidays, birthdays, health emergencies of immediate family members, but I don’t believe any of those scenarios apply.
Jenny: Blair I’m just here for one day. I have an interview with Tim Gunn and if everything goes well then he’ll write me a recommendation letter for Parsons.
Blair: Parsons is still in Manhattan is it not?
Jenny: Lower Manhattan. It’s a hundred blocks away from the Upper East Side.
Blair: Semantics! You were banished. If people think I’m not a woman of my word the whole system could break down.
Jenny: Look Blair, I’m not looking to destabilize your social order. You know how much fashion means to me and Parsons is the school for it.
Blair: I’ll call you a car to take you back to Hudson. And wait while you pack.
Jenny: How about a day pass? I promise I’ll leave directly after my interview and you know, who knows if Tim Gunn’s even going to like my work. But either way I won’t set foot in Manhattan for the rest of the year, not even Christmas.

Blair: Jenny-free Holiday Season. It’s been on my wish list for quite some time. Amnesty ’til midnight.

Dan: Okay, so what’s really going on?
Jenny: Well Blair stopped by with her Welcome Wagon. I don’t know why I thought I could sneak back in for a day, but…
Eric: How did she know you were here before I did?
Jenny: She’s the Wicked Witch of the Upper East Side. I’m sure one of her monkeys spotted me getting off the train or something. But it’s fine. She’s giving me a day pass as long as I don’t see or talk to anyone.
Dan: That’s ridiculous.
Jenny: Yes. It is 100% Vintage Crazy-ass Blair. But really, though. I mean I have no interest in going back to being GI Jenny and warring with Blair.
Eric: How very Gandhi of you.
Dan: But in case Eastern philosophy does fail you, how about I meet you downtown after my class and I can escort you back up here.
Jenny: Thanks. But really the only person I have to worry about today is Tim Gunn.

Jenny: Are you sure this is a good idea? I mean RISD has a great fashion program.
Eric: We are not letting you give up on Parsons. C’mon.
Jenny: I have a Blair-shaped target on my back.
Dan: You wanted to be Gandhi, now’s your chance. Let’s go find Tim Gunn.

Jenny: Give it up Blair. Everyone knows I did. And who I gave it to.

Dan: So much for Zen Jenny Humphrey.
Jenny: Come on, Dan. I just did what needed to be done.
Dan: It’s what Blair and Chuck would have done. Jen, I was proud of you for moving on. But if this is what you’ve become after just a day back? Maybe Blair was right after all, and maybe you should go back to Hudson.

Blair: Are you happy now that you’ve humiliated both of us?
Chuck: It’s in your own bloody hands, Lady Macbeth. What did you think would happen when you played Carrie with her dresses?
Blair: I only did it because you lured her back here to torture me.
Chuck: I warned you I wouldn’t stop.
Blair: And thanks to your vendetta we both lost and Jenny Humphrey won.

Blair: If you’ve come to gloat, I would relish the moment. It will be fleeting.
Jenny: You’re right. Because I’m leaving. Despite what happened today I can’t beat you. In order to beat you I’d have to become you and I’m better than that. At least I want to be.
Blair: Nice try, Jenny Humphrey. We know you’re just scared and want to save face.
Jenny: You two used to be in love. And together you were invincible. But now that you’ve turned against each other it’s just a matter of time before your mutual destruction. And when that happens maybe I’ll think about coming home. But for now: Goodbye, good riddance and good luck.

The Witches of Bushwick

Vanessa: Blair’s pathological for sure, but half of what she does is to protect Serena. And she never pays consequences or takes responsibility.
Juliet: Which is exactly why we need to turn everyone against Serena. So she finally knows what it feels like to be an outsider.
Jenny: Ah… I’d say you’re pretty expert at this yourself.
Juliet: I just like visual aids.

Jenny: Serena in trouble. We screwed up. Coming home.

Jenny: We need to talk.
Juliet: To my super about letting strangers into my apartment?
Jenny: No, about Serena.
Juliet: Her overdose? I had no idea she was so depressed.
Jenny: She wasn’t. Until we made her that way. I mean we turned everyone against her.

Jenny: Dad, I came as soon as I—
Vanessa: Sorry, I had to tell him what you did to Serena.
Jenny: What I did?
Rufus: Vanessa told me she overheard how you were going to turn everyone against Serena. That’s the real reason you came back to teach her some kind of a lesson. Well you sure did. You proud of yourself?
Lily: Rufus, I can’t believe what just happened.
Rufus: What’s wrong?
Lily: It’s Serena. She’s gone.

Rufus: I didn’t want to get into it in front of everyone, but now it’s your turn to face the music.
Jenny: Maybe I did try to trick Serena at the Saints and Sinners party but I didn’t do it alone. And we didn’t mean for it to end up like this.
Rufus: We?
Jenny: Yes! Juliet, me and Vanessa. We were all in it together.
Rufus: That’s not what Vanessa said.
Jenny: What, are you going to believe her more than me?
Rufus: Jenny I’m not going to argue with you about how responsible you are. One-third, two-thirds—you can’t deny you did it! And I am not Vanessa and Juliet’s father, I’m yours. Serena could have died.
Jenny: I know! Dad, I know— I’m sorry! I— It was supposed to be a prank to teach her a lesson. I never should have come back to the city.
Rufus: Well on that we can both agree.
Jenny: Then I guess there’s no reason for me to stay.
Rufus: Jenny where are you going?

Blair: How many times do I have to go Courtney Love on your ass before you get the message? I don’t want you here.
Jenny: The girl on Gossip Girl’s blast isn’t Serena.
Blair: What?
Jenny: It’s Juliet. We had a plan to turn everyone against her. When you and Chuck were exposed at his party, that was me.
Blair: You?
Jenny: And while I was doing that Juliet was kissing Dan and Nate. We were both dressed exactly like Serena. This is from her costume. It’s what she wore in those photos.
Blair: That’s a pretty tall tale from a not-too-reliable source.
Jenny: Blair, what reason do I have to come clean? Like it or not, you know me. And you know that I love a good game as much as the next girl but I would never want to hurt Serena for real. Juliet did and she used Vanessa and me to do it.
Blair: Are you willing to go double-agent? Help me bring Juliet down?
Jenny: I wish I could. But you were right in banishing me. I thought I could change and I didn’t. So I think the best thing for me to do is go. And stay gone.
Blair: Thanksgiving without Jenny Humphrey. What fun would that be?
Jenny: Juliet’s apartment’s empty. I’m pretty sure she left town. Good luck.