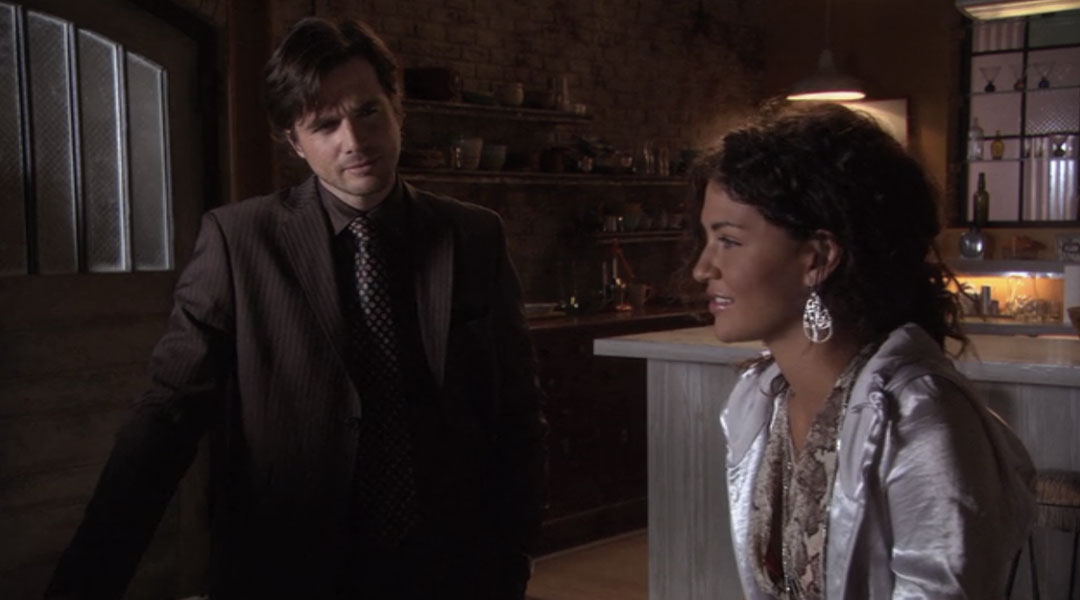 Gossip Girl: Couture and canapé are just another Saturday night until you add a mask. But preparing for a ball is an event in itself. Which is why queens invented handmaidens.

Dan: A ball?
Rufus: Haven’t you heard? Your sister’s Cinderella.
Dan: And let me guess, your wicked step-sister’s Blair Waldorf.

Serena: A masked ball? Dan would never want to go to something that pretentious. Where he has to wear a mask and a tux—
Blair: He likes you. He would wear a tux and a mask and one of my mother’s dresses if it meant that he could go out with you.

Dan: This thing happens in a matter of hours. The window for bold gestures is officially closed.

Vanessa Abrams (Jessica Szohr): Big night out with over-privileged under-parented trust fund brats from your fancy school?
Dan: Yeah, the limo’s actually waiting back at the loft.
Vanessa: Good. We can egg it. Maybe slash the tires.

Chuck: So what exactly are you looking for?
Nate: Evidence.
Chuck: Of what? The Captain’s dislike of starchy shirts? I totally sympathize. The collars chafe.

Blair: Is it a bong, mother? I didn’t take you for a stoner.

Blair: Why do you have to celebrate your Bendel’s deal by turning our penthouse into an opium den?
Eleanor (Margaret Colin): Why not?

Lily: Do you think that Eleanor Waldorf will find this “Night in Tangiers” enough?
Serena: Maybe if you brought a goat.

Dan: I stole this mask from some drunken kid only to look like Robin.

Jenny about Dan: I think he’d go anywhere with you. Except for maybe the ice capades ’cause that really freaked him out when he was five.

Chuck: Little Jenny Humphrey manages to get my pants off and have me not enjoy it. Quite the accomplishment.

Vanessa: We can start slow. With the basics.
Dan: Like fewer lies, more Ukrainian food?