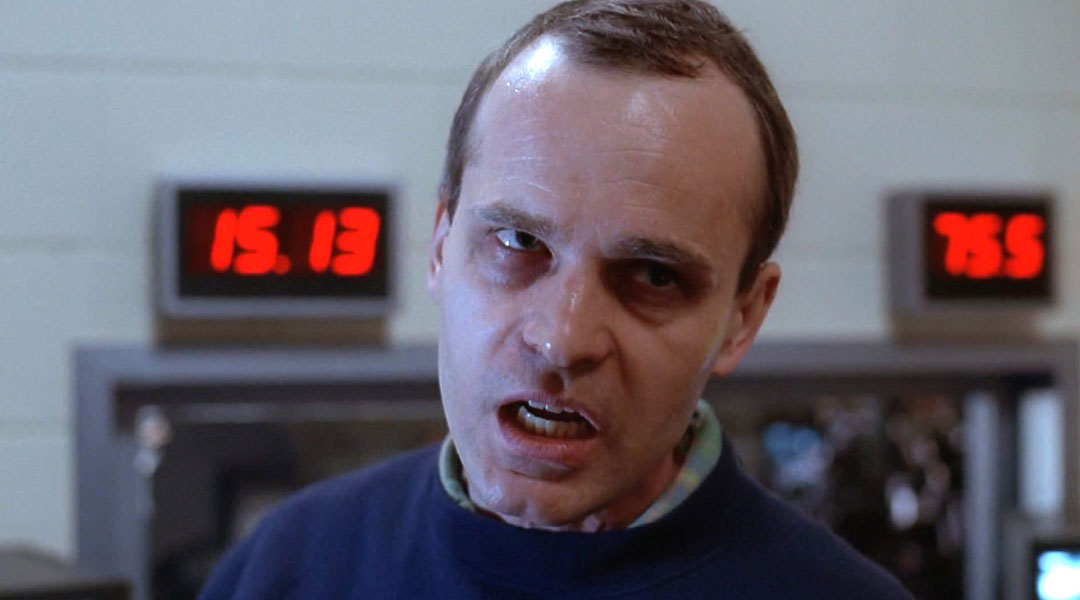 Mulder: How was the wedding?
Scully: You mean the part where the groom passed out or the dog bit the drummer?
Mulder: Did you catch the bouquet?
Scully: Maybe. So is that what you couldn’t talk to me about over the phone?
Mulder: The project that everyone says doesn’t exist, does exist.
Scully: The Icarus Project.
Mulder: The next generation in engine design.

Scully: You must like stars.
Roland Fuller (Zeljko Ivanek): One hundred and forty-seven.
Scully: Sorry?
Roland pointing to her scarf: Stars.

Scully: Now I’ve seen this demonstrated on a fish before.
Mulder: I don’t think they’ll be performing this experiment on Beekman, Scully.

Mulder: You’ve got a brother don’t you, Scully?
Scully: Yeah. I’ve got an older one and a younger.
Mulder: Well have you ever thought about calling one of them all day long and then all the sudden the phone rings and it’s them calling you?
Scully: Does this pitch somehow end with a way for me to lower my long distance charges?