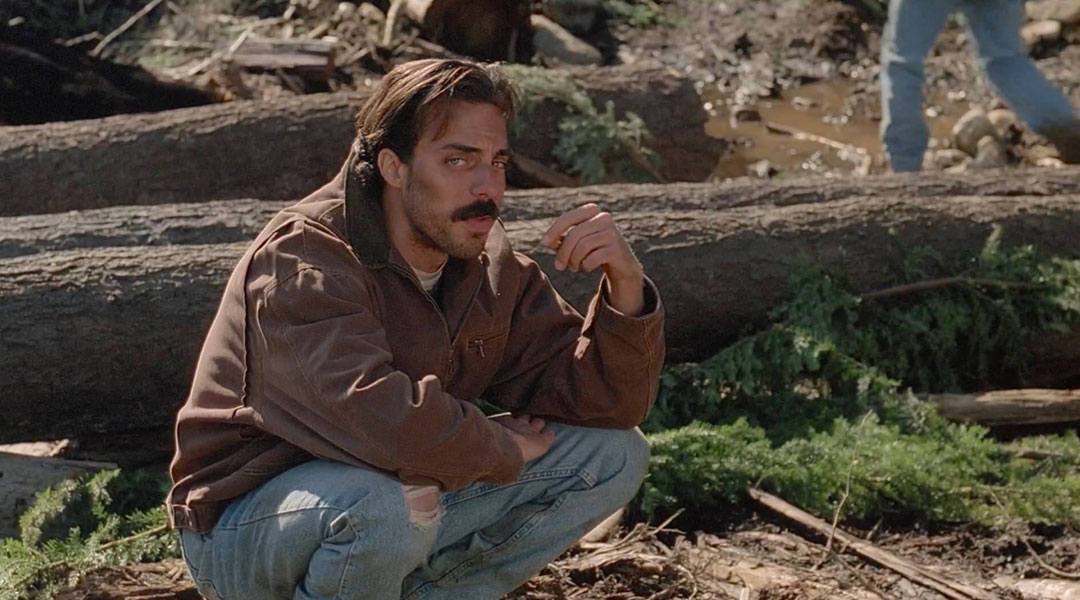 Mulder: Take a good look, Scully.
Scully: What am I looking at?
Mulder: Thirty loggers, working a clear-cutting contract in Washington State. Rugged manly-men. In the full bloom of their manhood.
Scully: Right. What am I looking for?
Mulder: Anything strange, unexplainable, unlikely… a boyfriend.

Scully: And you suspect, what? Bigfoot?
Mulder: Not likely. That’s a lot of flannel to be choking down, even for Bigfoot.

Steve (Tom O’Rourke): You gonna take this man’s word over mine?
Spinney (Titus Welliver): You don’t want to go out in the night. You can take my word on that. It’s out there.
Steve: What? If I go out that door something’s going to attack me, eat me alive and spin me in its web?
Spinney: Yes.
Steve: What, it’s too polite to come in here and get me?
Spinney: For some reason it’s afraid of the light.

Scully: You think these mites are what killed the men?
Spinney: Maybe they’ve been lying there dormant for hundreds of years. Maybe they woke up hungry.

Scully: I thought we were supposed to be safe in the light!
Mulder: We are. I think the light keeps them from swarming. We’ll be safe as long as we stay in the light.