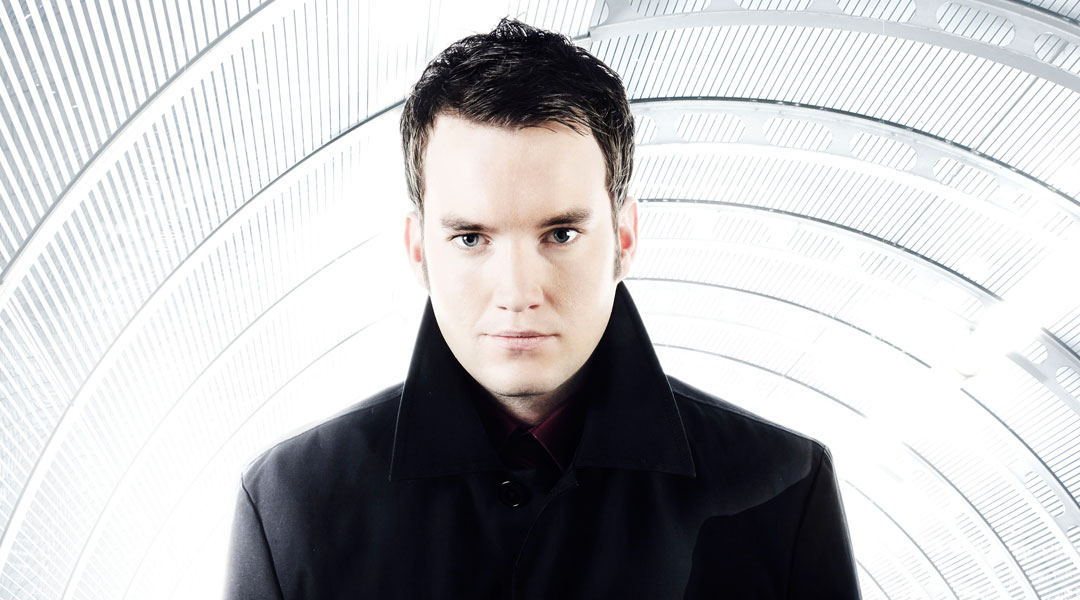 Owen: Okay, so who the hell was that bloke in the hologram?
Ianto: I know Jack recognized him.
Tosh: Why didn’t he let us go with him?
Gwen: ‘Cause he’s typical Jack, isn’t he? He disappears, he comes back, then he runs away again. Shuts us out. We don’t even know his real name.
Tosh: Or which time he comes from.
Gwen: Exactly. He’s supposed to be our boss and we know nothing about him. Drives me crazy.
Ianto: It is more fun when he’s around though.
Owen: Yeah. No. Definitely.
Gwen: Yeah it is.

Ianto: Are you asking me out on a date?
Jack: Interested?
Ianto: Huh, well. As long as it’s not in an office. Some fetishes should be kept to yourself.

Ianto: Jack, why are we helping him?
Jack: He’s a reminder of my past. I want him gone. By the way, was that a yes?
Ianto: Yes.

Ianto about his stopwatch: Always at the ready.

Hart: The orgy’s still an offer by the way. Especially now I’ve got the cuffs out.

Ianto: “Just us. In this room. For as long as it takes.” Terrifying.
Jack: Really?
Ianto: Absolutely. Shivers down my spine.
Jack: You don’t look scared.
Ianto: It passed.

Beth: Your bedside manner’s rubbish.
Gwen: You should see his manners in bed. They’re atrocious. Apparently. So I’ve heard.
Ianto: Oh, they are. I remember this one time—
Jack: Ahem.

Gwen about Patrick Granger: Why would anybody want to kill him?
Ianto: Also the city coordinator. Takes charge of the city in case of major emergencies. Has all the security protocols.
Owen: How’d you know about that?
Ianto: I know everything. And it says so on the bottom of the screen.

Tosh: Come on guys, that wasn’t even difficult. A disappointment.
Ianto: It’s almost obscene what you do to security systems.

Jack: Come on! Have a little faith. With a dashing hero like me on the case how can we fail?
Ianto: He is dashing, you have to give him that.

Owen: What if they can’t stop it?
Tosh: They’ll stop it.
Owen: Yeah, but if they can’t?
Ianto: Then it’s… all over.
Owen: Let’s all have sex.
Ianto: And I thought the end of the world couldn’t get any worse.

To the Last Man

Owen: Gets harder every year.
Ianto: Good left hook though.

Jack: This time tomorrow he’ll be back in 1918.
Ianto: His own time. would you go back to yours? If you could?
Jack: Why? Would you miss me?
Ianto: Yup.
Jack: I left home a long time ago. I don’t know where I really belong. Maybe that doesn’t matter anymore.

Owen: Well the DNA tracers are stable, there are some signs of animal sedative. But no detectable diseases or residues. My guess is it’s good to eat.
Gwen: Would you eat it?
Ianto: Pizza’s arrived. I presumed it would be a late one.
Owen: What’d you get me?
Ianto: Usual. Meat Feast.
Owen: Lovely.

Ianto: Did you bring the alarm deactivator? Owen shoots it Well that’s one way of doing it.

Owen: So not only is it replenishing its own flesh but it’s increasing it. Giving them a brand new meat supply.
Gwen: It would last them for years then.
Tosh: If we understood how it worked we could feed the world.
Ianto: We could release a single.

Tosh: You write about artifacts in your diary?
Ianto: Among other things.

Adam: What’s wrong?
Ianto: My diary. You’re not in it. Everyone else is. Why would I leave you out when you’ve been here so long? Like I’m remembering a man who doesn’t exist.

Martha: So am I right in thinking that you and he…?
Ianto: We… dabble.
Martha: Yeah?
Ianto: Yeah.
Martha: So what’s his dabbling like?
Ianto: Innovative.
Martha: Really?
Ianto: Bordering on the avant garde.
Martha: Wow.
Ianto: Oh yeah.

Ianto: I have searched for the phrase “I shall walk the Earth and my hunger will know no bounds”, but I keep get redirected to Weight Watchers.

A Day in the Death

Ianto: Voila. Fresh and strong.
Owen: You couldn’t just have a jar of instant handy?

Owen: Bet you’re loving this aren’t you. Looks like you finally won.
Ianto: I didn’t realize we were in competition.
Owen: Oh come on, even Tosh had more of a life than you used to and now you’re always out on missions, you’re shagging Jack and I’m stuck here making coffee.
Ianto: It’s not like that, me and Jack.

Salesperson: Can I help you?
Ianto: Yeah, I’m looking for a wedding dress for a friend.
Salesperson: Of course you are, Sir. You’d be surprised. We’re quite used to men buying wedding dresses for their “friends.”

Jack: What is it with you? Ever since Owen died all you ever do is agree with him.
Ianto: I was brought up never to speak ill of the dead. Even if they still do most of the talking themselves.

Jack: What I don’t understand is if people are going to make such a big deal about getting married why come all the way out into the middle of nowhere where no one can find you to do it. That to me suggests inner conflict.
Ianto: It’s because the happy couple want everything to be perfect.

Jack: It’s been a busy day, but we are not finished yet. We’ve got a lot to do. We’ve got a major mop-up operation, and I want your best work. Remember: it’s Gwen’s wedding.
Ianto: That’s what I love about Torchwood. By day you’re chasing the scum of the Universe, come midnight, you’re the Wedding Fairy.

From Out of the Rain

Owen: Do you recognize any of your long lost relatives, Gwen? There’s Auntie Peggy, she’s on the gin again.
Ianto: Can you be quiet?

Ianto: When the film stopped these… shadows went past me.
Jack: What kind of shadows?
Ianto: Don’t know. Wasn’t clear. Something else: you were up there on the screen. Large as life.
Jack: What was I doing?
Ianto: You were on some sort of a stage. Inside a big tent. You seemed to be part of a travelling show.
Jack: I heard it. Heard it’s music. Just a snatch of it. That film was beautiful.
Ianto: All those acts performing for us. Part of history, trapped on film forever.
Jack: Their days were numbered. Cinema may have saved their images but it finished off the travelling shows. Killed them.

Ianto: They were left forgotten on pieces of film.
Jack: And now they’re looking for a new audience.

Jonathan: There’s that smell again. Like chemicals.
Ianto: Yeah, I can smell it. Like when you develop a film.
Jonathan: That woman. She grabbed me. But her hand, it was different. It wasn’t like a hand. It wasn’t like flesh. It was it was like touching a piece of plastic, a piece of celluloid.
Jack: They were on this film for 80 years. Became part of it. What if we filmed them?
Ianto: A film of a film?
Jack: Yeah. Then they’d be trapped. Is this thing loaded?

Jack: Those reels of film in Jonathan’s workroom—
Ianto: I took them out, destroyed them. Let’s hope that’s an end to it.
Jack: What worries me are all those long lost pieces of film, tucked away in dusty cellars, hidden in lofts. The night travellers could still be there, somewhere. Just waiting.

Gwen: Ianto, hi. I’m sorry. I didn’t realize—
Ianto: Doesn’t matter.
Gwen: I wouldn’t have come in if I’d known—
Jack: Always room for one more. We could have used an hour ago for naked hide-and-seek.
Ianto: He cheats. He always cheats.

Gwen: You left me that package, didn’t you?
Ianto: I don’t know what you mean.

Ianto: Thanks.
Jack: No, thank you. And you are?
Ianto: Jones. Ianto Jones.
Jack: Nice to meet you, Jones Ianto Jones.
Slartibartfast: Late. As in the Late Dent Arthur Dent

Jack: Thanks for your assistance,
Ianto: Anytime. By the way, love the coat.

Ianto: I saw what they did at Canary Wharf. What am I supposed to do with those memories?
Jack: You are not my responsibility. And we’re not hiring.
Ianto: Same time tomorrow then.
Jack: There’s no job for you here. And there never will be.
Ianto: I really like that coat!

Jack: Go back to London, find yourself another life. Keep stalking me, I’ll wipe your memory.
Ianto: No, but the thing is—
Jack: Look, any conversation between us, no matter what the subject, is over. Finished. Done. Forever. I’m getting back behind the wheel of that car. If you’re still standing in the road, I’m gonna drive through you.
Ianto: So you’re not going to help me catch this pterodactyl then?

Ianto: Okay, that is the only special equipment you’ve got.
Jack: Yeah, because I keep dinosaur nets in the back of the SUV.
Ianto: Well Torchwood London would have.

Jack: Come back with me. I’ve got somewhere nice and big where you can fly around.
Ianto: Okay, so you let a pterodactyl in and not me?
Jack: We need a guard dog.
Ianto: I can be that. And a receptionist.

Random Scythe Guys: Devils! Blasphemers! Pray to your heathen God. While in the Lord’s name we cast you out.
They advance and Ianto and Tosh shoot.
Ianto:
There we are then.
Tosh: Sorted.

Ianto: Put Jack on right now.
John: Eye Candy! That was so masterful, so… bossy. So basically powerless.

Tosh: We need to restore the terminal servers.
Ianto: What if we can’t?
Tosh: Then the reactor goes into meltdown.
Ianto: Then I’m going up there.
Tosh: Ianto—
Ianto: Look, if we can’t fix the remote servers then there must be something I can do onsite to prevent the nuclear meltdown.
Tosh: That would be suicide.
Ianto: Are we going to discuss it or are we going to do it?
Tosh: Okay, but we both go.

Ianto: If we don’t find him, I’ll kill you. Very slowly.

Jack: Toshiko? Toshiko! Gwen I need help down here.
Ianto: The nuclear plant at Turnhill. Owen’s there.
Tosh: He was sealed in. We averted the blast. Couldn’t save him.
Gwen: Tosh. Here you go Tosh. Talk to me now, okay? Tosh?