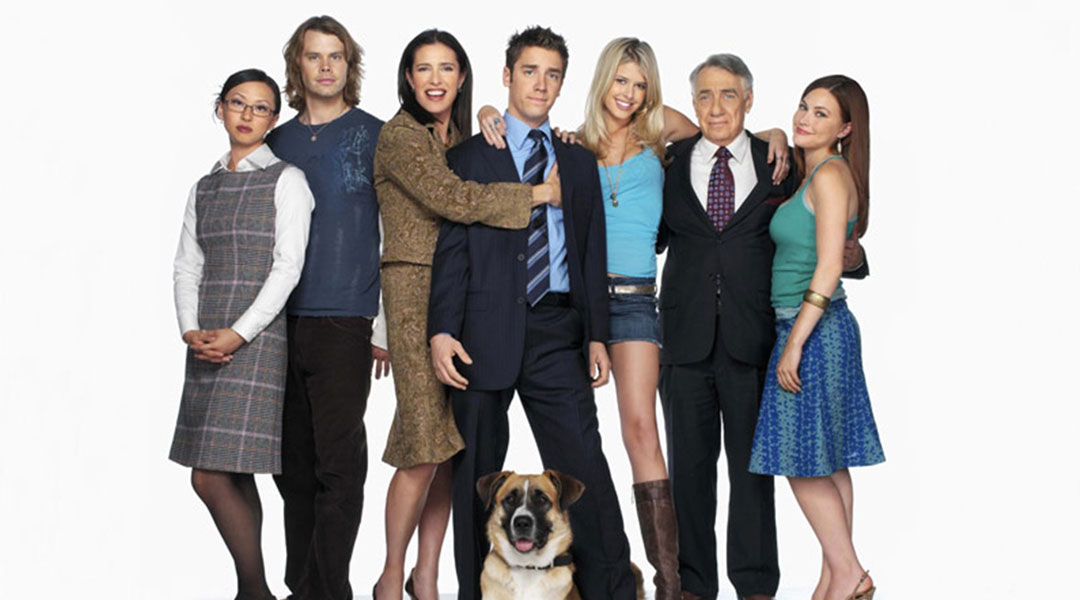 Russ: Dude, what happened? I totally set you up. All you had to do was spike the ball.
Sam: I was nervous. Everyone was staring at me.

Sam on the phone: Yeah, I’m looking for something that says “I understand your culture, now let me land planes in you.”

Russ: Sam, use the company card. Spend whatever you need!
Meryl: Which means—
Russ: $60 bucks US.

Sam: I’m doing a clinical trial and getting mad side effects. And that’s not street talk.

Russ: You liked Waco, Texas?
Sikander: I loved it. Bush country. My people.
Russ: So how is customer service there?
Sikander: Basically a lynch mob.

Appenhuizen: So what are you guys getting the old man for his birthday?
Exec 2: I’m getting him a jet ski.
Exec 3: Round of golf with Tiger Woods.
Sikander: Walk on part in the hit television show 24.
Sam: What?
Sikander: What, you don’t know 24? Oh sure. It’s an hour-long drama starring Keifer Sutherland as a maverick anti-terrorism agent. Very real. Every time you watch it, the FBI calls.
Sam: No no, I know what 24 is. It’s propping up a network.

Sam: How come you can fold laundry so perfect but your life is such a mess?
Sully: Don’t get me wrong, here, I’m high as a kite, bro. I’m zooming. So big. Wasted!

Darcy: I just sprained my neck and fractured my wrist in six places.
Sam: Well you’re gonna have to stay out of those places.
Darcy: We’re done with that.
Sam: I thought we might be.

Sully: You’re going to show these to kids? Why don’t you just tell them there’s a bear in their closet that brushes their hair while they’re sleeping.

Derek: Woah. Who is this creepy little lizard?
Sam: You think it’s creepy? But she’s wearing pink shoes.
Derek: So does my uncle Frank but he still rubs up against people on the El.

Meryl: So you pushed a girl down the stairs. Next time just say “I’m really sorry.” Don’t try and make her dreams come true, Cupcake. You’re not the Wizard of Oz. You’re just a friend of Dorothy.

Sam: What is this? Is this collusion?
Russ: No, that was outlawed in 1978. This is called free market price fixing.

Meryl: I’m not allowed to attend those lunches.
Sam: What, because you’re a woman?
Meryl: No, Sam. Because I’m black.

Sully: If I was a little white girl in short pants I’d be sold out by noon. But no. I’m creepy. And shirtless. I’m a sex offender!

Russ: We have homeland security here to talk about their newest and most expensive technology. Too bad it’s never going to work.

Meryl: I know the Stride rep is a girl and you’re in your girl phase right now, but this is business.

Sully: Order fondue. No one gets angry over fondue. Why do you think the French never fight.
Sam: Actually, the French do fight. They’ve been in three major wars in the last century.
Sully: Okay just ease up there, Wikipedia.