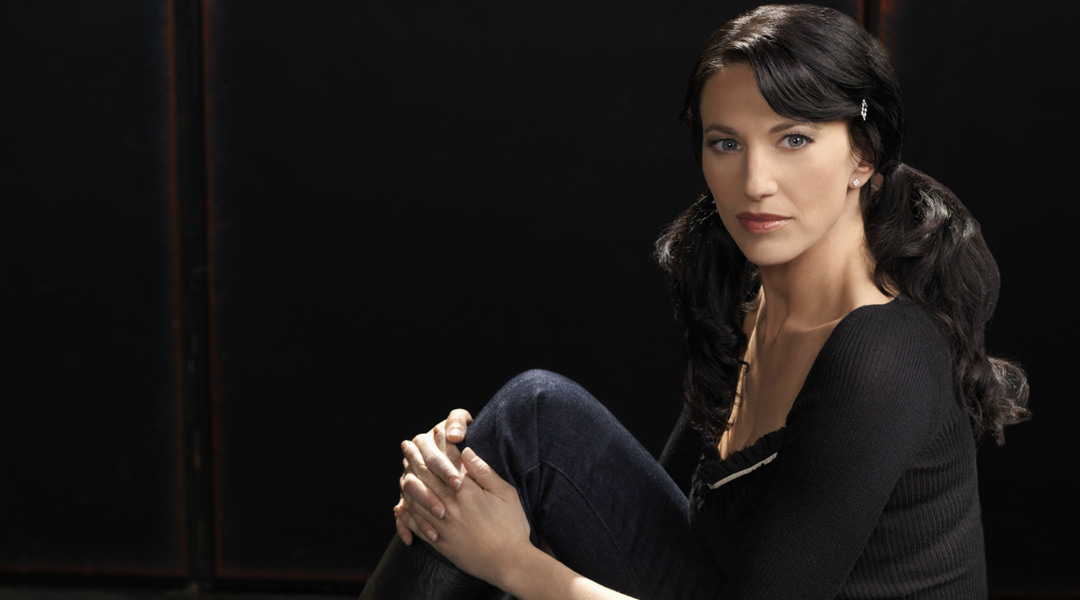 Vala: Well. Don’t you all have me surrounded.
Landry: Welcome to the SGC. I’m General Landry.
Vala: Vala. Vala Mal Doran. Thank you so much for the lovely greeting party. We all had a wonderful time searching each other, didn’t we boys?

Vala to Mitchell: I know we haven’t met. That, I’m sure I would remember.

Vala: I could have come here and looked for it myself. But I know nothing about your fair planet. Other than it seems to have a rather interesting if somewhat limited gene pool.

Vala: Come to torture me?
Landry: How old are you?
Vala: Mental abuse won’t work either.

Vala: Oh, now this brings back memories.
Jackson: How’s that?
Vala: Isn’t this where I beat you up?

Mitchell: Ladies first.
Vala to Jackson: Well then, after you.

Vala: Well. I haven’t been this disappointed since Daniel and I Daniel had sex.

Vala to Teal’c: Give it a try, Muscles. I’ll give you half.

Vala trying to reassure Jackson: Look, I didn’t hear any screaming or squishing sounds, so…

Jackson: My point is that we haven’t met a single living Ancient who’s willing to share their knowledge freely with us and there could be an entire advanced civilization of them out there somewhere in another galaxy. I mean isn’t that why we’re doing this, all of this? The Stargate program, the [?], is so we can meet new races, gather advanced technology, possibly learn about ourselves in the process.
Vala: Oh c’mon. You do it to meet women.
Mitchell: She has a point, sir.

Jackson: What the hell did you say?
Vala: I think it’s more what I didn’t say at first. You see apparently there’s a blessing you’re supposed to recite over the leaves before you drink—which, nobody warned me about. Then I think it’s what I did say. I was trying to politely explain what was going on, and then his wife started screaming and accusing me of being overcome at which point I believe I suggested she might think about procreation… with herself.

Vala: I’ve got tingles all over. And don’t flatter yourself. I’m pretty sure it’s not you.

Jackson: The central icon of the religion seems to be fire.
Vala: I don’t need a book to tell me that.
Jackson: That would make sense. Fire is light, energy, warmth. And yet on Earth at some point fire became associated with demonic imagery. Things that are evil. Hell not Heaven.
Vala: And?
Jackson: I was wondering if the Ancients had something to do with that.
Vala: Tell you what. Why don’t we flip to the end and let’s see how it all turns out, hm?

Prior: Devotion is rewarded. Those who stray must be guided back to the path.
Vala: Seems to me those who stray get burnt to death.

Jackson: This is bad.
Vala: Worse than being burned to death?
Jackson: It appears our ascended Ancients and the Ori have a slight difference of opinion. See, the Ori seem to think that because they’re ascended, human beings should worship them. All humans.
Vala: And if we don’t.
Jackson: Then we aren’t worthy of living and should be destroyed.
Vala: I don’t think enlightenment means what they think it means.

The Ties That Bind

The Powers That Be

Villager: Please. Forgive us. It has been so long. We began to fear you would not return.
Vala: Then you are foolish. I would not abandon you. I am your god.

Vala: What makes you think they’re going to tell you the truth? You’re supposed to be my faithful servant.
Jackson: Then I’ll also explain that we’re not as faithful as you would like to believe and if necessary I’ll also tell them we’re plotting to kill you.
Vala: I have heard better plans!
Mitchell: I kind of like it.

Mitchell: You stealing this planet’s most valued treasure is the least of our concerns right now.
Vala: I like your attitude. I was thinking of cutting you boys in at ten percent and now I’m thinking twenty.

Mitchell: We do not want to get into a God-off. Especially since we know you’re not even close.
Vala: Forget what I said about the twenty percent.

Vala: So what’s the plan? You gonna blow up this door, lay down suppression fire, so we can rush out through the hidden escape passage. {to Daniel} It’s in the room I told you had no other exit.

Vala: Thank you! I apologize for ever doubting your masterful skills at negotiation.
Jackson: He’s doing the best he can.
Vala: That’s what terrifies me.

Vala: You boys aren’t gonna let people from two different planets beat you at your own silly game are you?
Jackson: This silly game isn’t over yet.
Mitchell: That’s my wingman.
Vala: You need a new wingman.
Jackson: I’m gonna kick your ass.
Vala: Promises promises.

Jackson: Just try to be—
Vala: What? My charming self?
Jackson: A little less talk, a little more shut the hell up.

Gerak (Louis Gossett, Jr.): And this is your message to the Ori?
Vala: Pithy, wasn’t it?

Jackson: What are you doing?
Vala: Trying to help, Daniel. Someone had to do something and you wouldn’t listen.

Carter: She did it. The gate’s been destroyed.
Jackson: Did Vala make it back on board?
Airman: Negative, sir.

Vala: It’s funny, Daniel always wanted to get into his pants and now I’m in his.
Mitchell: Vala, that’s not funny.
Vala: Hm?
Mitchell: He can’t defend himself.

Vala: I didn’t just drop in to say hello. I have something important to tell you.

Vala: A man named Tomin had apparently found me lying unconscious in the rings and thought the gods had sent me to him. Which I… let him continue to believe.

Vala: I did my best to blend in. At first, according to Tomin and therefore as far as the villagers were concerned, I was the woman who fell from the sky. Which made me feel kind of special. I later learned that they always suspected that I’d escaped from some other village as the result of some scandal and then I started to feel much more like I used to.

Mitchell: And I ask this not one hundred percent sure I want to know the answer. But whose baby is it?
Vala: That’s the thing. I don’t know.
Carter: As in… ?
Vala: I swear. I did… none of the necessary things. Between my arrival in the Ori galaxy and my wedding night—which was definitely after I knew for sure—there is no way, humanly possible that I know of, that I could have gotten pregnant.

Vala: I am absolutely terrified. Have any of you ever heard of anything like it?
Mitchell: Well there’s one.
Teal’c: Darth Vader.
Vala: Really? How did that turn out?

Tomin: It’s a miracle. I can walk, I can run. I can fight now.
Vala: You can what?
Tomin: I’ve been conscripted.

Vala: So, this girl in the bar. Her name was Denya. And we struck up a bit of a friendship. By the looks on your faces I can see you’re not surprised I had more in common with the village harlot than I did with any of the ladies in the local knitting circle.
Mitchell: I don’t know what you’re talking about.
Vala: At least she was honest.

Tomin: I must leave soon for war.
Vala: Then I must go with you.