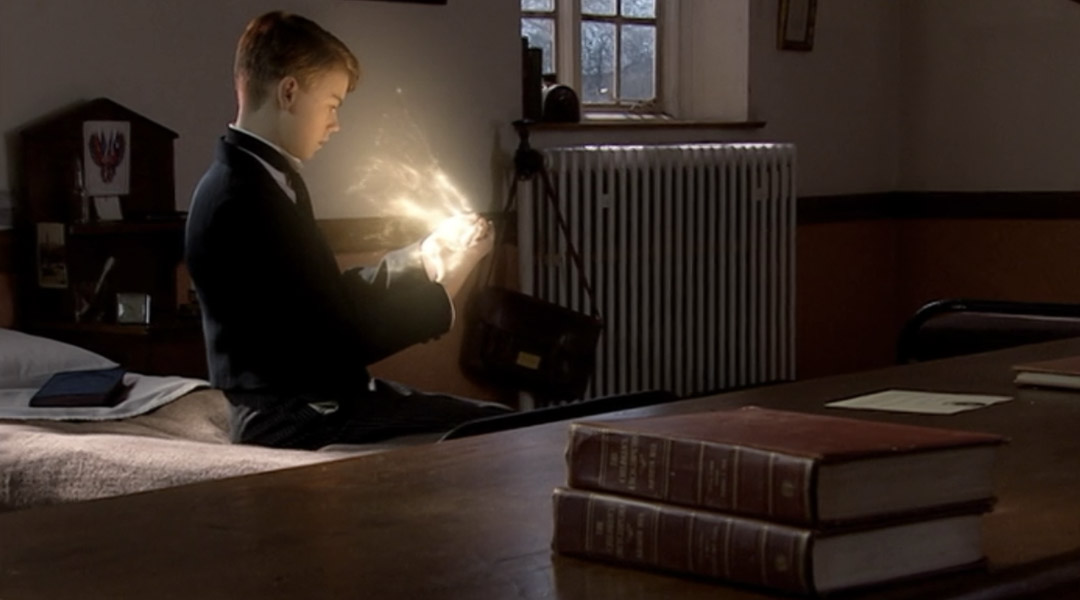 John Smith: That’s the Box. The Blue Box. It’s always there. Like a magic carpet. This funny little box that transports me to faraway places.

Just think of it. In a few years time boys like that’ll be running the country.
Martha: 1913. They might not.

Martha: You had to, didn’t you? You had to go and fall in love with a human. And it isn’t me.

The Doctor: This watch is me.
Martha: Right. Okay, hold on.

Nurse Joan Redfern: If there is another war, they won’t find it so amusing.
John Smith: Great Britain is at peace. Long may it reign.

Tim Latimer (Thomas Sangster): That’s exactly the problem, Sir. They only have spears.
Headmaster: Oh dear me. Latimer takes it upon himself to tell us all how wrong we are. I hope one day Latimer we might have a just and proper war in which to prove yourself.

Nurse Joan Redfern: It’s all becoming clear now. The Doctor is doing the things you’d like to be doing.

Nurse Joan Redfern: Widows aren’t supposed to be beautiful. I think the world would rather we stopped. Is that fair?
John Smith: That’s not fair at all.

Brother/Baines: Which one of them do you want us to kill—your friend or your lover?

Nurse Joan Redfern: You best give me some warning. Can you actually dance?
John Smith: Um. I’m not certain.