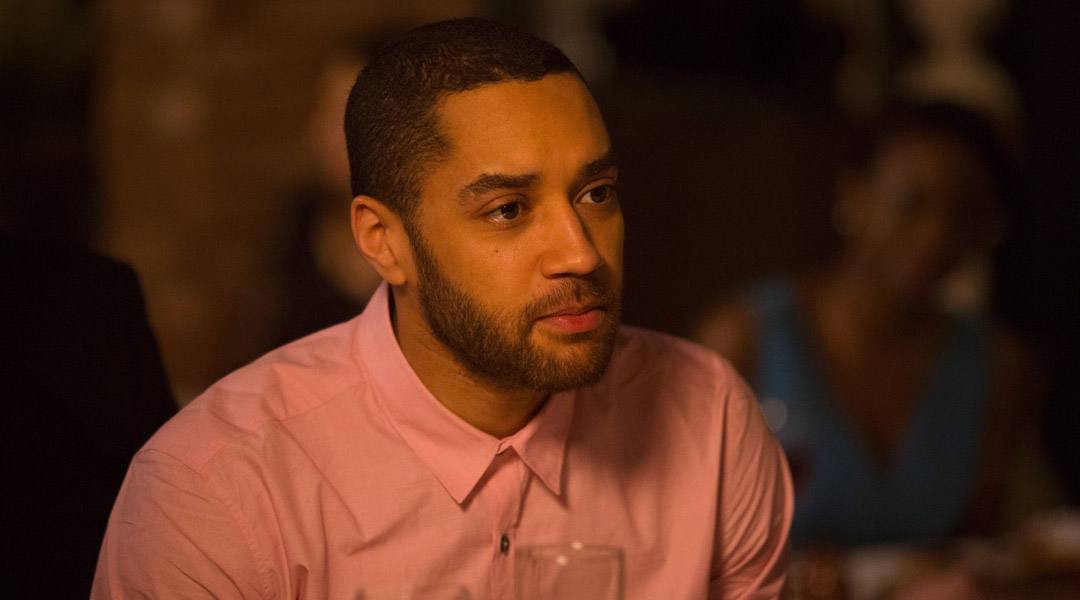 Inspector Gregson (Paul Hickey): Madame Vastra. Thank god. I’ll wager you’ve never anything like this before.
Madame Vastra (Neve McIntosh): Well. Not since I was a little girl.

Madame Vastra: Is it choking?
Jenny Flint: There seems to be something lodged in its throat.
Inspector Gregson: Wha— how the hell could it time travel?
Madame Vastra: I don’t know. Perhaps it was something it ate. {the dinosaur spits out the TARDIS}

Inspector Gregson: It’s just laid an egg.
Madame Vastra: It dropped a blue box marked “Police” out of its mouth. Your grasp of biology troubles me.

Jenny Flint: So it’s him then? The doctor?
Madame Vastra: A giant dinosaur from the distant past has just vomited a blue box from outer space. This is not the day for jumping to conclusions.

Jenny Flint: I don’t understand. Who is he? Where’s the Doctor?
Clara: Right here. That’s him. That’s the Doctor.
Madame Vastra: Well then. Here we go again.

Clara: How do we change him back?
Madame Vastra: Jenny. I will be in my chamber. Would you be kind enough to fetch my veil?
Jenny: Why? Are we expecting strangers?
Madame Vastra: It would seem there’s already one here.
Clara: What have I done wrong?

Jenny Flint: It’s still him, ma’am. You saw him change.

Madame Vastra: I wear a veil as he wore a face.
Clara: For what reason?
Madame Vastra: The oldest reason there is for anything: to be accepted.

Clara: Marcus Aurelius, Roman Emperor. Last one of the five good and stoic philosopher.
Madame Vastra: Superlative bass guitarist. The Doctor really knows how to put a band together.
Clara: And the only pin-up I ever had on my wall when I was fifteen. The only one I ever had. I am not sure who you think you’re talking to right now, Madame Vastra, but I have never had the slightest interest in pretty young men. And for the record if there was anybody who could flirt with a mountain range she’s probably standing in front of you right now! Just because my pretty face has turned your head do not assume I am so easily distracted.

Madame Vastra: The Doctor needs us. You more than anyone. He is lost in the world of himself and you must bring him home.
Clara: When did you stop wearing your veil?
Madame Vastra: When you stopped seeing it.

The Doctor: Sorry. I’m going to have to relieve you of your pet.
Cabbie (Mark Kempner): You’re what?
The Doctor: Shut up. I was talking to the horse.

Strax: Military tactics. The Doctor is still missing, but he will always come looking for his box. By bringing it here, he will be lured from the dangers of London to this place of safety and we will melt him with acid.
Clara: Okay, that last part?
Strax: And we will not melt him with acid. Old habits.

Madame Vastra: By destroying the body so completely, you conceal what is missing from it.

Madame Vastra: Clara! Excellent. Pop your clothes on that chair then.
Clara: Look.
Madame Vastra: Advertisements. Yes. So many. It’s a distressing modern trend.
Clara: No. Look. {Impossible Girl}
Madame Vastra: The game is afoot. We’re going to need a lot of tea.

Madame Vastra: Perhaps you’re supposed to prove that you still know him. Think what that means for a man that barely knows himself.
Clara: That doesn’t make sense. He doesn’t do puzzles. He isn’t complicated. He really doesn’t have the attention span.

Clara: How long have you been rebuilding yourselves? Look at the state of you. Is there any real you left? What’s the point?
Half-Face Man: We will reach the Promised Land.
Clara: The Promised Land, what’s that?

Madame Vastra: The establishment upstairs has been disabled with maximum prejudice and the authorities summoned.
Clara: Hang on, she called the police. We never do that. We should start.

The Doctor as the escape pod lifts off: Okay, that’s clever. How are you powering it?
Half-Face Man: Skin.

Half-Face Man: How could you kill me?
The Doctor: For the same reason you ask me that question, because you don’t want to carry on.

The Doctor: You realize of course, one of us is lying about our basic programming.
Half-Face Man: Yes.
The Doctor: And I think we both know who that is.

Clara: Got a vacancy?
Madame Vastra: You would be very welcome to join our little household. But I have it on the highest authority that the Doctor will be returning for you very soon.
Clara: Who’s authority?
Madame Vastra: The person who knows him best throughout the universe.
Clara: And who is that?
Madame Vastra: Miss Clara Oswald.

Clara: I don’t think I know who the Doctor is anymore.
Madame Vastra: It would seem my dear you’re very wrong about that. Clara! Give him hell. He’ll always need it.

Missy (Michelle Gomez): Hello! I’m Missy. You made it. I hope my boyfriend wasn’t too mean to you.
Half-Face Man: Boyfriend?
Missy: Now, did he push you out of that thing or did you fall? Couldn’t really tell. He can be very mean sometimes. Except to me of course, because he loves me so much. I do like his new accent though. Think I might keep it.
Half-Face Man: Where am I?
Missy: Where do you think you are? Look around you. You made it. The Promised Land. Paradise. Welcome to Heaven.