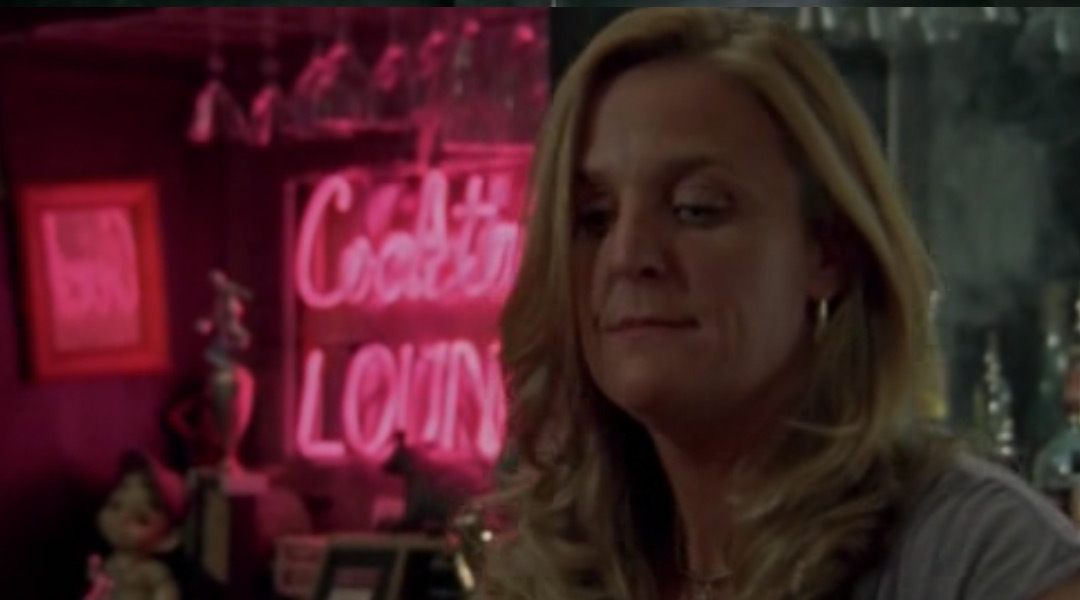 Lee reading: “Film archive needs a typist.”
Zoe: A woman should never admit that she can type.
Lee: Feminism is keeping you down.

This week’s video diary assignment: what’s the difference between sex and love. Does love make sex better, or does it get in the way of a good time?

Owen: Usually I meet a girl at a bar, we get a drink, and I tell her the story about how I saved a kid from drowning at Summer camp.
Lee: You saved a kid from drowning?
Owen: Almost, I did.
Owen: But anyway, you know, we end up in bed together and then that’s it. Until of course I see her the next time when I avoid eye contact and pretend I have Parkinson’s.
Annie handing them beers: Breakfast of Champions.
Lee: Thanks. {to Owen} Sounds like you know what you’re doing.
Owen: Yeah, but I asked Natalie on a date.
Lee: Very old school.
Owen: She wants to be surprised.
Lee: So don’t sleep with her. {Owen glares at him} Okay. Ah, take her dancing.
Owen: Lee, no one goes dancing unless you’re gay or from New Jersey.

Natalie: I need The Bugle to write an article on Mexican Sea Turtles. They’re on the brink of extinction, poachers are bludgeoning the females to death, cutting out their eggs, leaving the shells scattered on the beaches.
Richard: Yeah, I’ve had those before. They’re disgusting.

Gunther: How’d you learn to edit?
Zoe: Strunk & White Elements of Style. At first I thought it was a book about fashion, but I found I have a passion for punctuation.
Gunther: Zoe.
Zoe: Yes, Gunther?
Gunther: Stop with the flirting. I’m gay.

Natalie: This is very cool.
Owen: The vastness of space.
Natalie: Makes you think about God and death and… our purpose in this universe.
Owen: That or, ah, Star Trek reruns.